Calathea Musaica, as well as Calathea ‘Network’ and Network Prayer Plant, are frequent names in the houseplant trade because of its fine line network.

Here’s what you want to know about the basic information of Calathea Musaica: 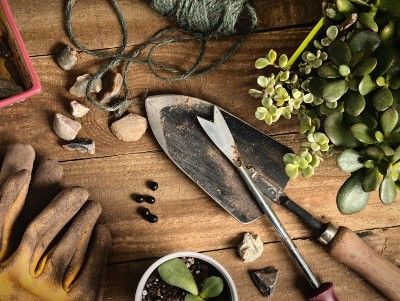 Taking care of a plant is not an easy task. It needs specific preparations and knowledge on how to take care of it, otherwise, it will fade.

To better understand how to take care of such a beautiful plant, it will be explained one by one below:

Calathea Musaica plant care has soil requirements. If you’re adding compost to your soil, keep in mind that compost retains a lot of moisture. To keep the soil from becoming overly wet, you’ll need to add more perlite or sand.

You can also use any commercial potting mix as long as it is fast-draining and contains a high amount of organic matter.

Network plants are not drought-resistant houseplants. Adding organic matter to the soil mix, such as peat moss, helps to retain moisture and offers necessary nutrients for healthy growth. The addition of perlite to the soil increases drainage by allowing surplus water to move easily through the soil.

After watering, make sure to let the pot drain completely.

It takes some trial and error to water your Calathea “Musaica.” It does require regularly wet soil, however, overwatering will cause its roots to rot. The leaves will wilt if you submerge them in water. Making sure your plant genuinely needs water is one method to minimize watering blunders.

If the first inch of soil is dry when you stick your finger in it, water your Calathea thoroughly.

Calathea plants may require weekly irrigation during the growing season. Water the tropical plant less frequently in the winter. It’s critical to hydrate your plant with filtered or distilled water at all times.

This prevents the leaf tips from becoming brown due to a buildup of tap water pollutants. 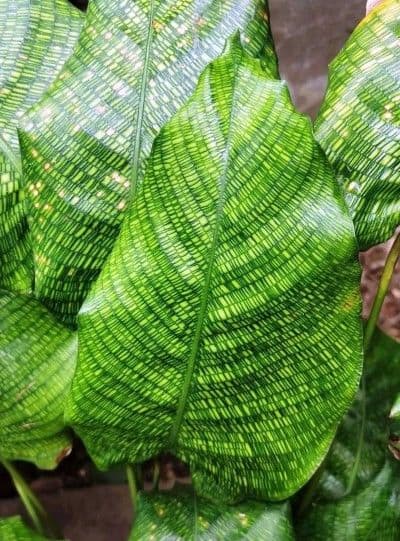 Finding the best spot in your home for your “Musaica” may take some time. Experiment with other positions, such as the window sill, which receives indirect light but not direct sunlight. In the winter, a north-east facing windowsill is ideal, but in the summer, it will be too bright.

Turn the pot now and then to ensure that all of your Calathea “Musaica” leaves receive the same amount of light. Calathea Musaica is an excellent bathroom plant because it thrives in humidity.

Drafts are the major temperature concern you’ll have to watch out for. Calathea Musaica can be severely damaged by both hot and cold drafts, resulting in withering and browning leaves.

Keep your plant away from heat sources like radiators and heating vents, as well as windows and air conditioning vents.

Calathea Musaica demands a humidity level of at least 50 percent. You run the danger of contracting a fungal or bacterial ailment if the humidity level rises to 80 percent or higher. Ascertain that the plant receives adequate air circulation.

Place a humidifier in the room where your Calathea lives to improve humidity. You can also set a pot on a tray filled with water and pebbles.

A small amount of fertilizer can make a great impact on the health of your Calathea Musaica, but don’t overdo it. It’s important to remember that compost holds water. Add more perlite, sand, or bark to minimize overwatering and damp soil.

Calathea Musaica can be fertilized using a balanced houseplant fertilizer.

During the active growing season of the Calathea, dilute it to roughly half the strength recommended on the package and fertilize every four to six weeks.

Root division is used for Calathea Musaica propagation. Remove your leafy foliage plant from its container and divide the new growth segments from the main root to propagate it. After that, you can start developing a new plant by placing the new plant pieces in a loose, well-draining rich potting mix.

To avoid plant damage, propagate network plants in the spring and avoid harming any of the major roots.

It’s important to remember that separating the rhizome of a Calathea Musaica or any other Calathea is a stressful experience for the plant.

Your divided plant will most likely cease growing for at least a month or two after division, and it will require special attention to ensure that it survives the process intact.

A mature Calathea “Musaica” will reach a height of two feet and a width of two to three feet under ideal conditions. It is a slow-growing plant, but in spring and summer is its growing season.

Your Calathea isn’t getting enough nutrients if it stops growing in the spring and summer. Check the humidity and light levels, and make sure you’re not over-or under-watering the plant.

Calathea Musaica does not require repotting regularly. Move it to a larger pot every two to three years and replace the dirt with new soil.

You can freshen the potting soil and examine the roots for signs of illness by repotting network plants in a larger container, giving the roots more room to thrive.

How to repot Calathea Musaica

For your houseplant collection, this genus offers some of the most beautiful variations! There are many but below are the most famous varieties and similar plants.

Regardless of which of these Calathea Types you choose, its eye-catching leaves will be sure to turn heads to your home! Let’s find it out!

This type has leathery leaves that are 8-12 inches broad and have creamy and light-green stripes. It thrives in humid environments with well-draining soil. It’s better to keep it in the shade if possible.

The leaves of the Rattlesnake Calathea are long and slender, bright green with dark green markings on the edges. Use rich, well-draining soil and place the plant in bright, filtered light.

It features lance-shaped green foliage with velvety purple undersides on long burgundy stems and is also known as Velvet Calathea. It can withstand lower light levels.

Large glossy foliage with brilliant green to creamy patterns characterizes the Corona or Rose Painted Calathea. It grows best in moist, well-draining soil. Cold drafts should be avoided at all costs.

Dottie’s foliage is a dark green that almost looks black, with fuschia pink borders on each leaf. Maintain humidity by placing it in bright, indirect sunshine and misting it regularly. 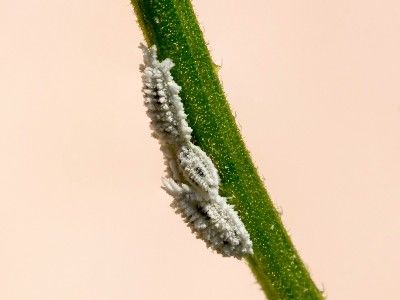 The majority of them are easy to notice if you inspect your Calathea regularly. That is why it is important to know Calathea Musaica plant care basics and processes for you to have a guide on it.

Check the plant every few days rather than waiting for an infestation. Examine each leaf from all sides, as well as the soil and stems. If you can’t see insects due to their small size, look for fine webbing or sticky residue.

Note that if you see any pests on your Calathea Musaica, the first thing you should do is isolate it from the rest of your garden. Manually removing as many pests as possible is the next stage. 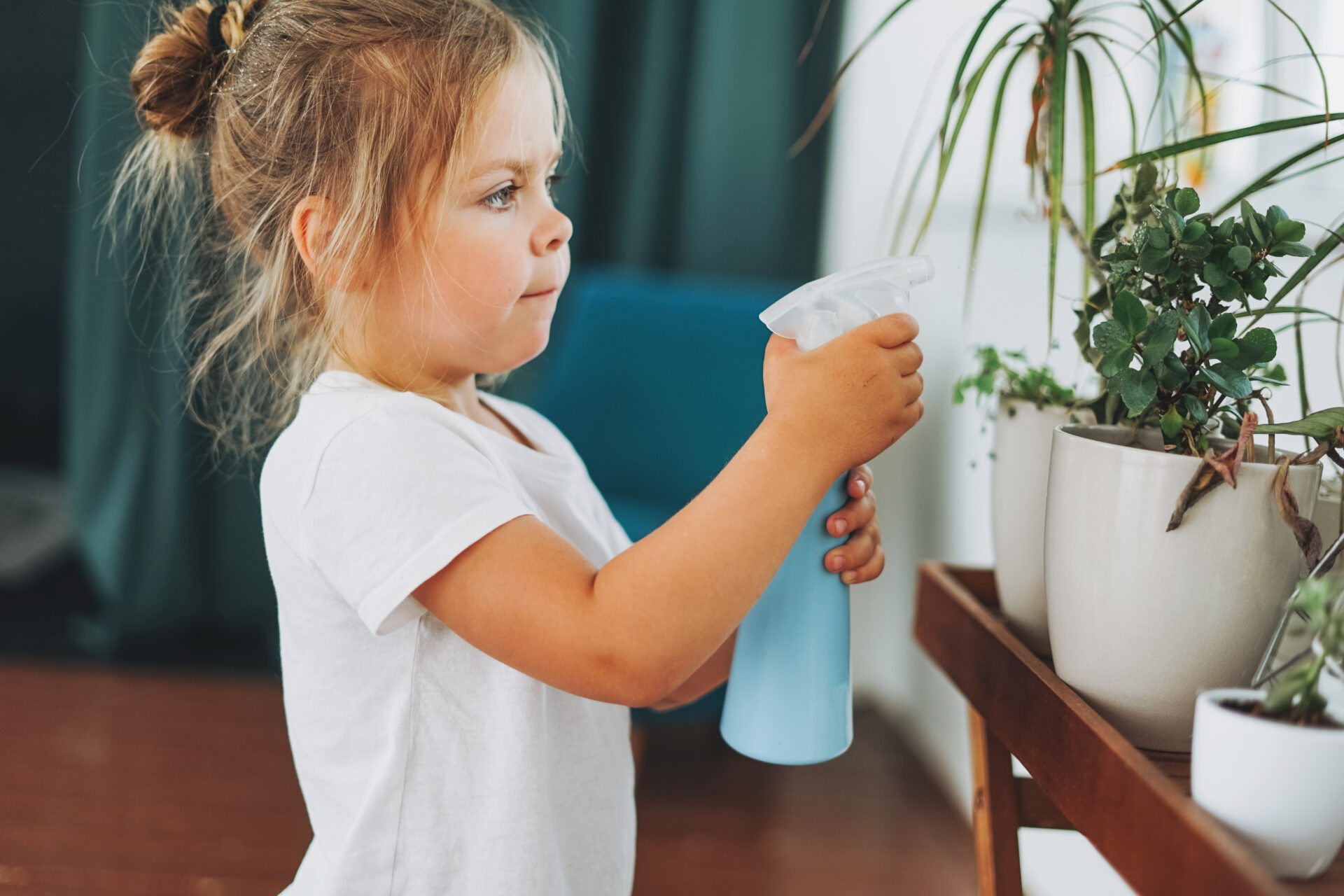 Get the best of Plantly delivered to you inbox and first look at new arrivals, exclusive offers, special events & more.

Is Calathea Musaica a prayer plant?

Calatheas are classified as part of the Prayer Plant family because of their movement. Calathea musaica variegated leaves open up throughout the day to absorb as much light as possible, and then fold up at night to rest, resembling hands folded in prayer.

Is Calathea Musaica hard to grow?

Calathea Musaica is a member of the Calathea family of plants, which are notoriously tough to care for. But with proper care and treatment, it can thrive and grow beautifully.

Why do the leaves of my Calathea Musaica turn yellow?

Calathea Musaica leaves can turn yellow due to a variety of factors. Overwatering is one of the most common problems. Yellow Calathea leaves can be caused by too much sunlight, severe temperatures, drafts, and nutritional soil shortages. To save your plant, you’ll need to remove the yellow foliage and address the underlying problem

Where to buy Calathea Musaica?

If you are looking for Calathea Musaica for sale, look for the best-reviewed stores and sellers for plants so that you will be assured of its quality. Here at Plantly we will surely deliver this stunning plant directly to your doorstep hassle-free

Want to get more updates delivered to your desktop?