How Long Do Orchid Blooms Last?

If you’re an orchid lover, there’s nothing more satisfying than a view of an orchid blooming. The flowers that they produce are exceptionally gorgeous and long-lasting. Because of their appearance and long life, orchid flowers are even used as cut flowers when doing flower arrangements.

They’re also a perfect addition to a flower garden, especially with the variety of colors, shapes, and forms that each orchid species has. Generally, most orchids bloom once or twice a year if they’re healthy, adequate amount of light and are well-maintained by their owners.

Those spectacular flowers could last from 60 to 120 days depending on the orchid type and variety. Most orchids are outdoor plants which thrive in bright, indirect light and outdoor temperatures but you can also grow them indoors. In this article, we will answer the question, “How long do orchid blooms last?”, based on their genus type.

Orchid Variety and how long their blooms last 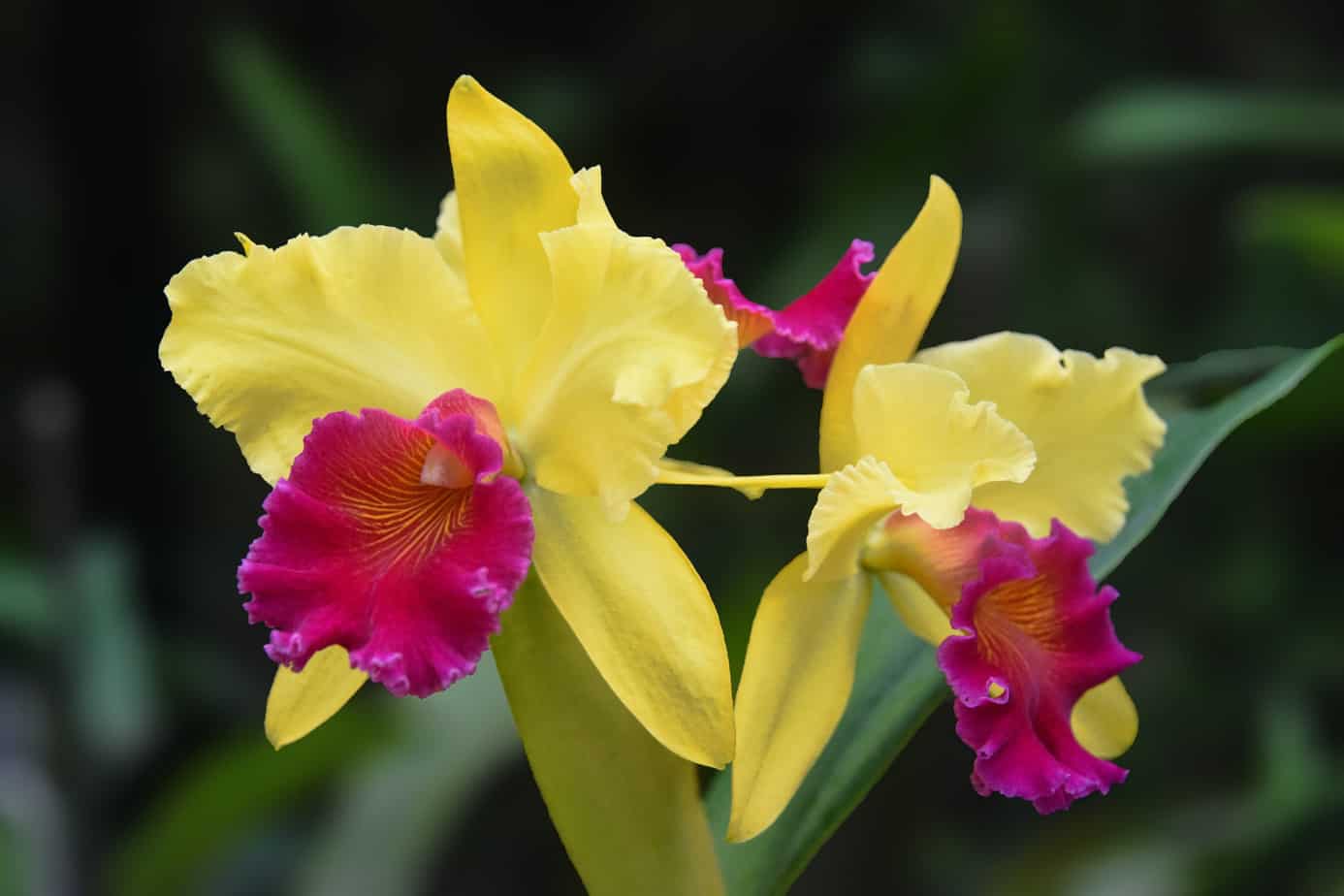 Cattleya orchids produce blooms that are used for creating pin corsages. It’s quite popular because of its showy and fragrant blooms. Hence, it’s known as Queen of the Orchids. It originally came from Brazil.

Orchid species belonging to this genus are slow-growing and will take about 4 to 7 years to reach maturity. Only mature plants will be ready to enter a flowering phase. Hence, the waiting time will be longer if you’ve started your cattleya from scratch. But if you’ve bought one that’s already mature, then flowers will come sooner.

Once the flower spike arrives, you can expect flowers to bloom for a period of 3 to 6 weeks depending on which species you have. Reflowering may occur once or twice a year. 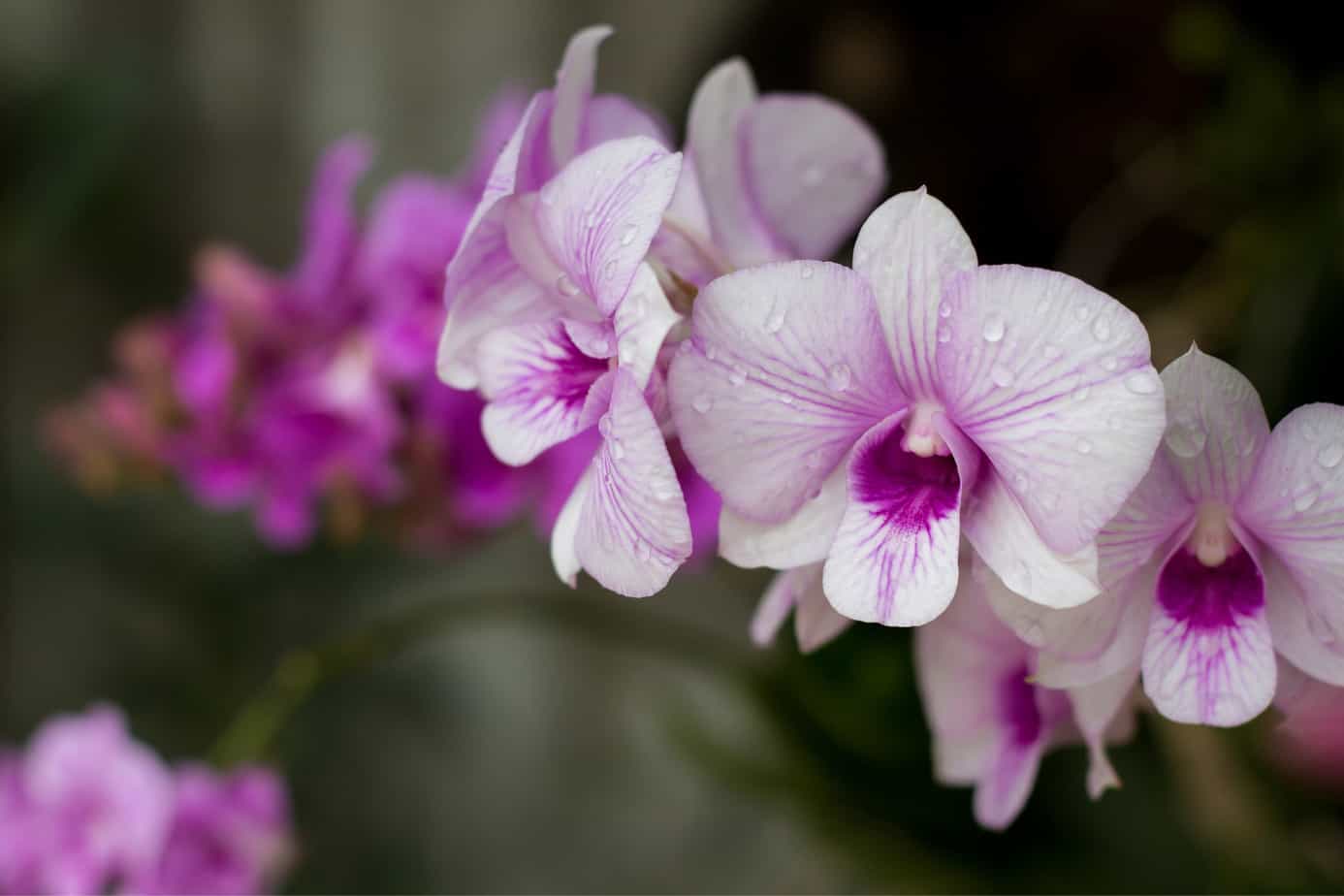 Dendrobium is a large genus of orchids with about 1500 species under it. What makes them distinct is the profuse blooms that they produce during their flowering periods. These crowns of flowers form at the axil of each leaf. So from the down up, you can see existing flowers.

On top of this, your orchid blooms last from 6 to 8 weeks. Hence, you have enough time to enjoy the generous flowers in various colors like white, yellow, orange, purple, red, or even a combination. Flowering occurs at most twice annually.

Dendrobiums are native to Asia and Australia. But you can grow them in areas under USDA Zones 9 to 11. 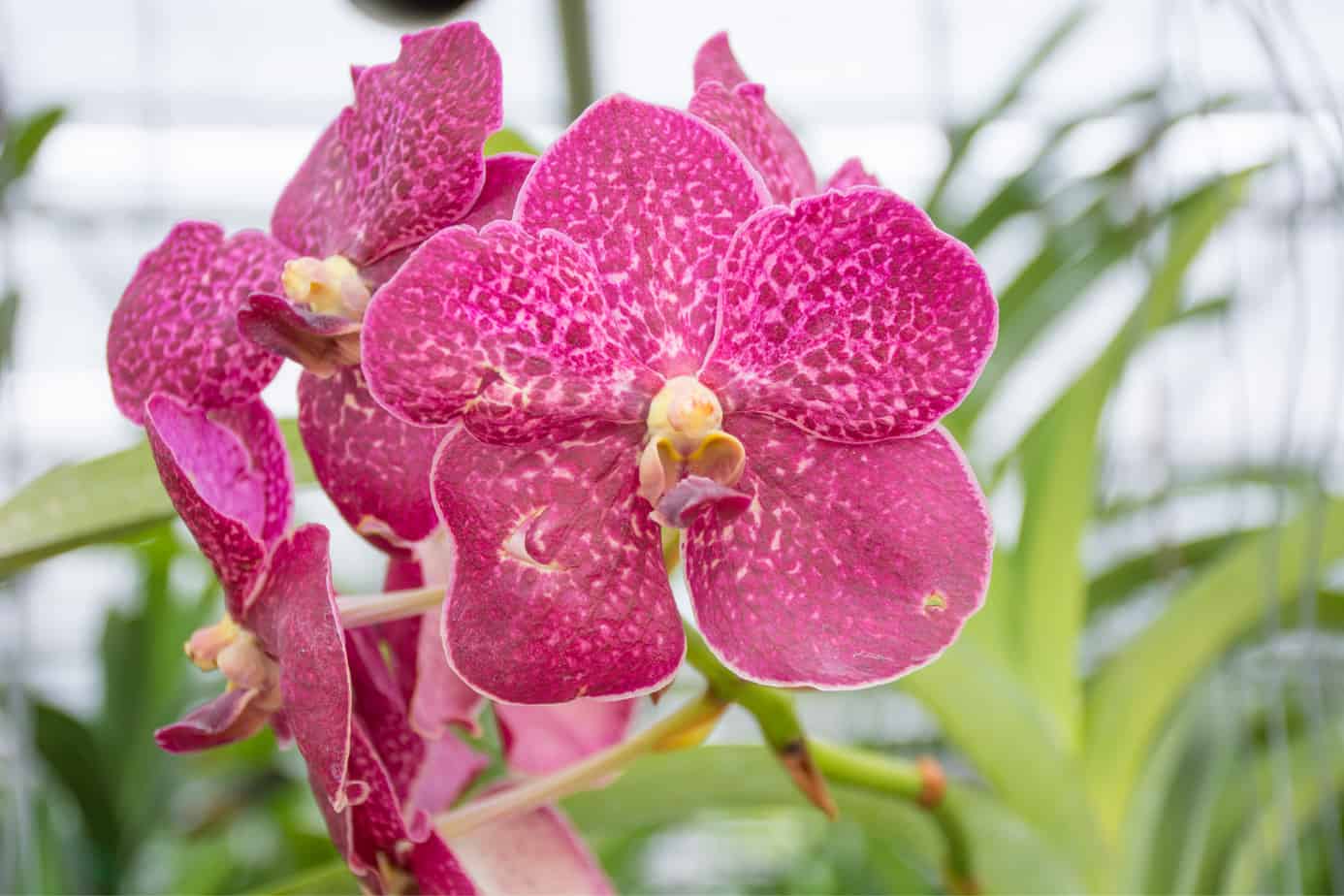 Phalaenopsis orchids have blooms that resemble the shape of a moth, hence, it’s often called moth orchids. They are known to be the easiest to tend to even for newbie growers. So, if you wish to have long-lasting orchid blooms, we recommend adding some phalaenopsis orchid species.

The blooming period could last around 8-16 weeks (two to four months) long. Such plenty of time to enjoy the most spectacular flowers it produces. Reblooming could happen again in the same year if the plant receives proper care.

There are ways to force the orchids to flower again. First, you have to trim back the bloom spike right after it’s done flowering. Provide fertilizer so it proceeds with its vegetative growth. Expect new leaves to appear. Then, expose it to a night temperature of 10 °F (5.5 °C) for the next 2-4 weeks. Refrain fertilizing once new buds arrive.

How to make your orchids bloom last longer? 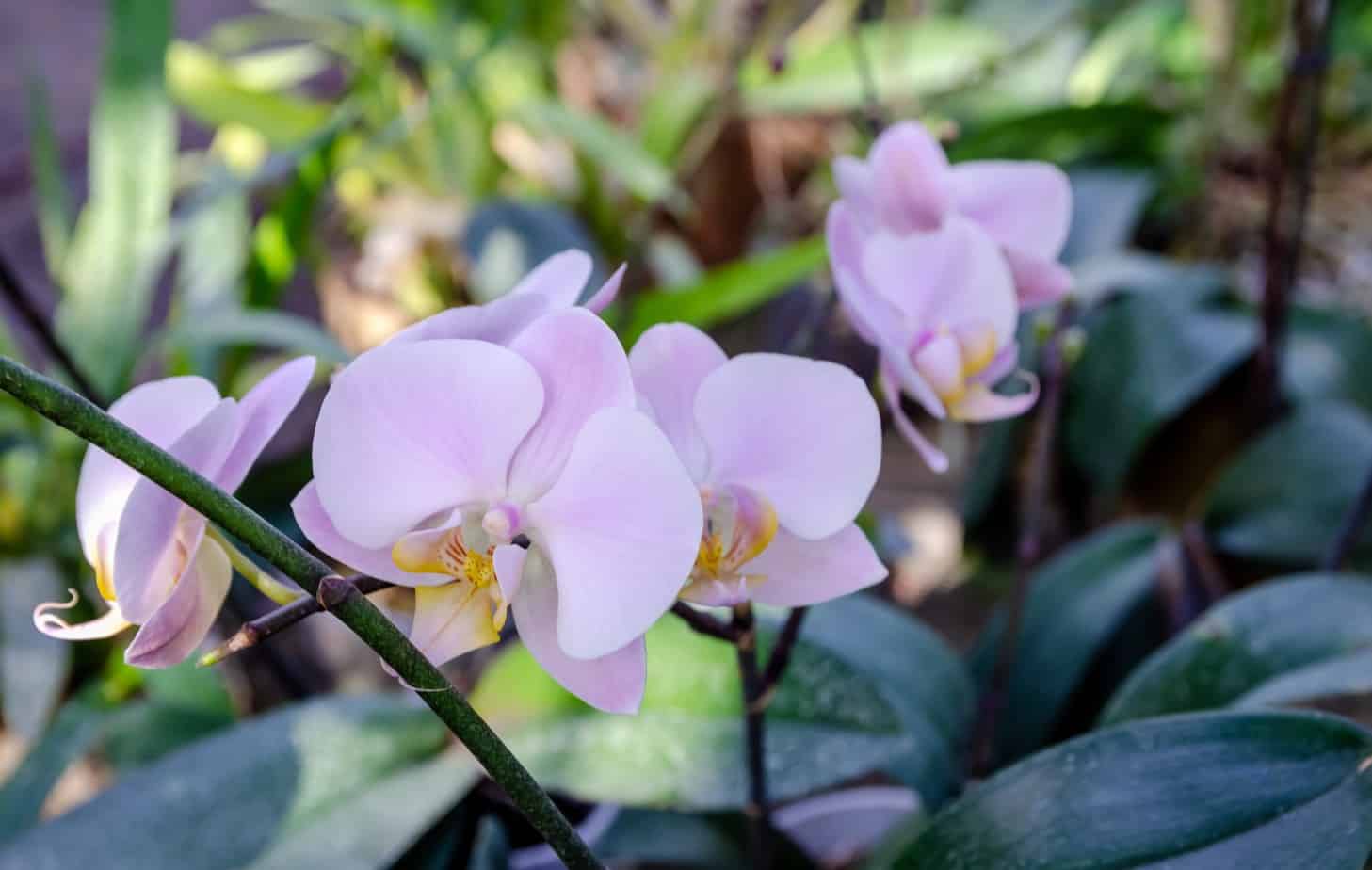 Any orchid plant will naturally produce generous and beautiful blooms when given proper care. Providing the ideal growing conditions will help your orchids thrive. In many cases, you can even force them to rebloom twice or thrice a year.

Following are some of the basic management practices to ensure a healthy flower spike:

When to expect the next orchid bloom? 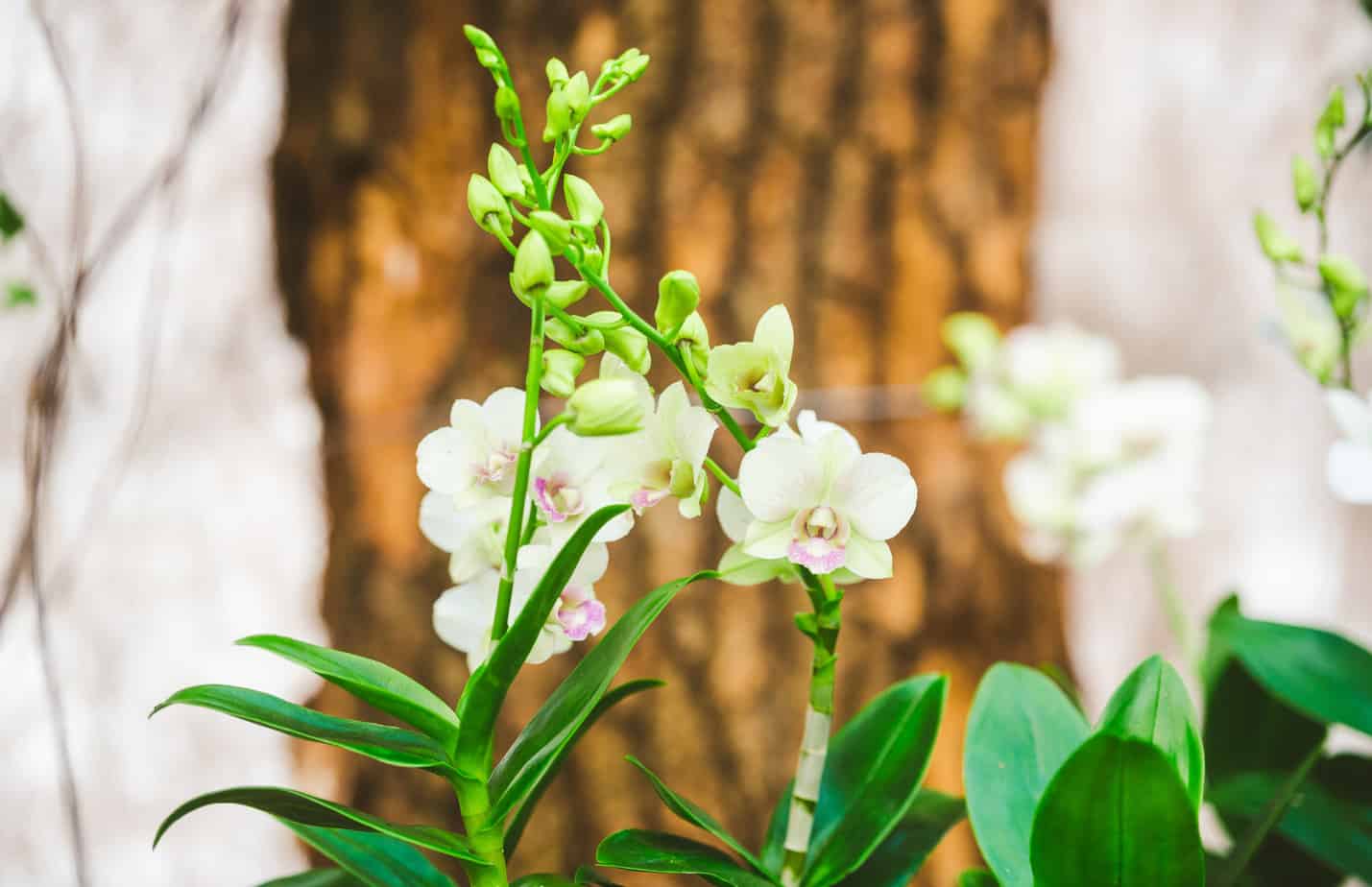 After the orchids have gone blooming, they undergo a dormant period. This phase is their time to rest and at the same time prepare for the next blooming period. Hence, you’ll observe that it loses its existing flowers and at times, leaves. Dormancy could last from six to nine months on what orchid varieties you have.

You can expect your orchids to rebloom after the growing phase in summer. Hence, most blooms will appear in late winter throughout the spring. Remember though that not all orchids bloom twice or more in a year. There are a few varieties that flower only once a year. So, that’s fine.

Care tips to keep your orchid healthy and blooming

Successful orchid blooming doesn’t happen overnight. You have to put in some work caring for your orchid plant so it’ll be ready for its bloom time.

One trick is to keep it warm during the day but cool during the night. Cool temperatures are needed to trigger the initial bloom.

Allow it to enjoy adequate water and high humidity. It would help to place some ice cubes on its pot once a week.

As much as possible, provide your orchid plant with bright but indirect sunlight. When treated as an indoor plant, a sheer curtain may help block intense natural light. However, be careful of too little light as well. Such a condition could be one reason your orchid won’t produce any flowers.

Growing orchids may require a little bit of effort, especially if you want them to produce lasting blooms. However, everything is worth it once you see them flaunting those colorful blooms.

Ready to plant your own orchids? Check Plantly for the best recommendations.

Is Philodendron Toxic to Cats? Symptoms and Treatment

How to Take Care of Spathiphyllum Plant