Top Aphrodisiac Plants That Can Boost your Virility

Do you want to spice up your sex life? Maybe you have thought of taking pharmaceutical drugs. Yet drugs arousing sexual desire have loads of side effects. So, instead of taking dries, why not go all natural with aphrodisiac plants instead?

Yes, we have looked at some of the best indoor plants to bring on sexual desire and pleasure to perform. Still, we must mention that many of these plants as treatments for sexual dysfunction do not all have backed scientific evidence, with some having adverse effects.

Hence, we recommend discussing them with your doctor if you want to try supplements with these plants. 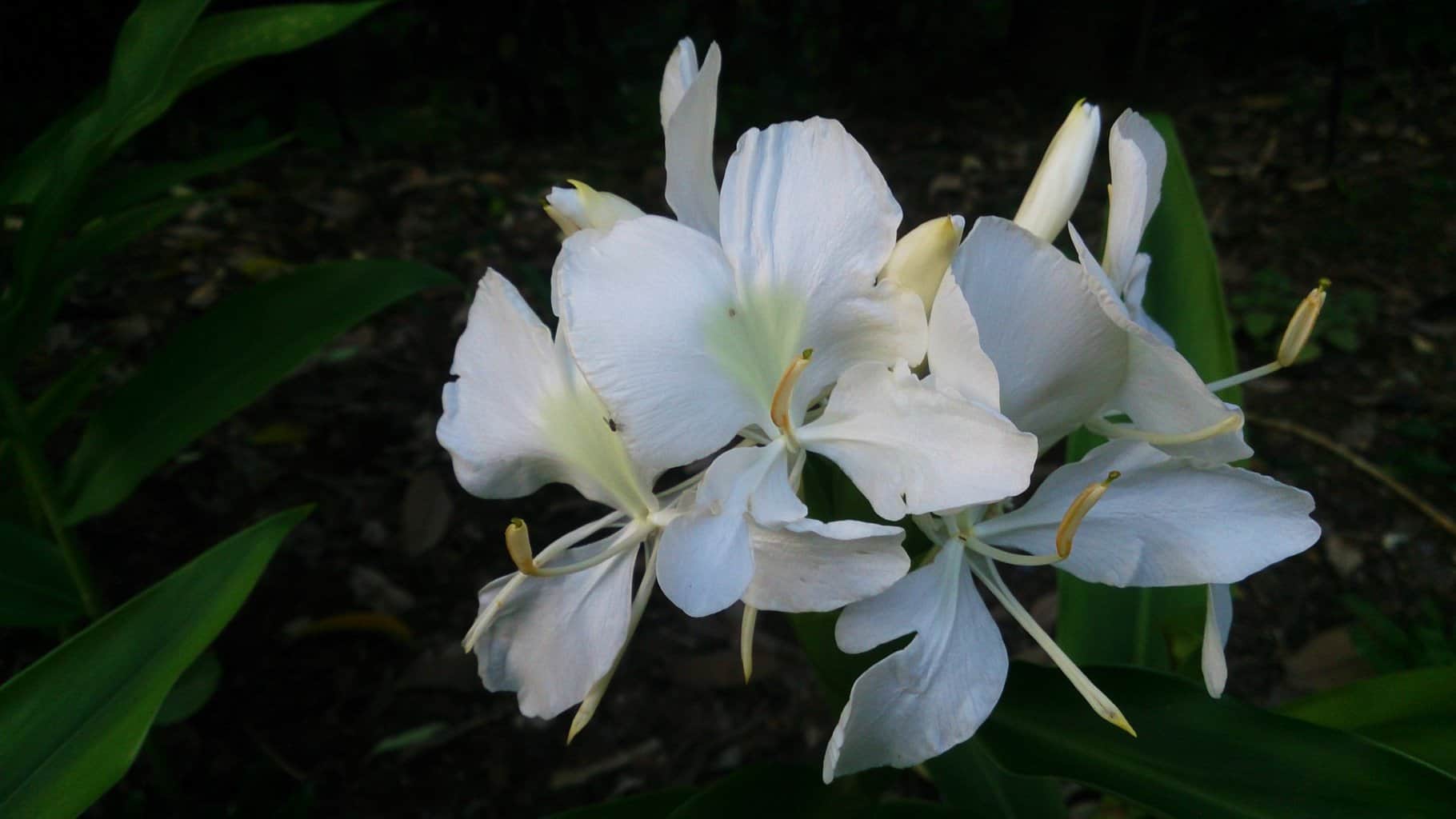 You find the white ginger across Africa in the sub-Saharan region. People use it as a treatment for appetite and digestion. Yet, it is known that the root cures erectile dysfunction, with evidence seen in normal male rats.

The reason is that scientist use rats in their research projects to test what medicines work on humans as they are biologically similar to humans. The effects in rat experiments correlate to humans, and they have found that it improves the human sperm count. 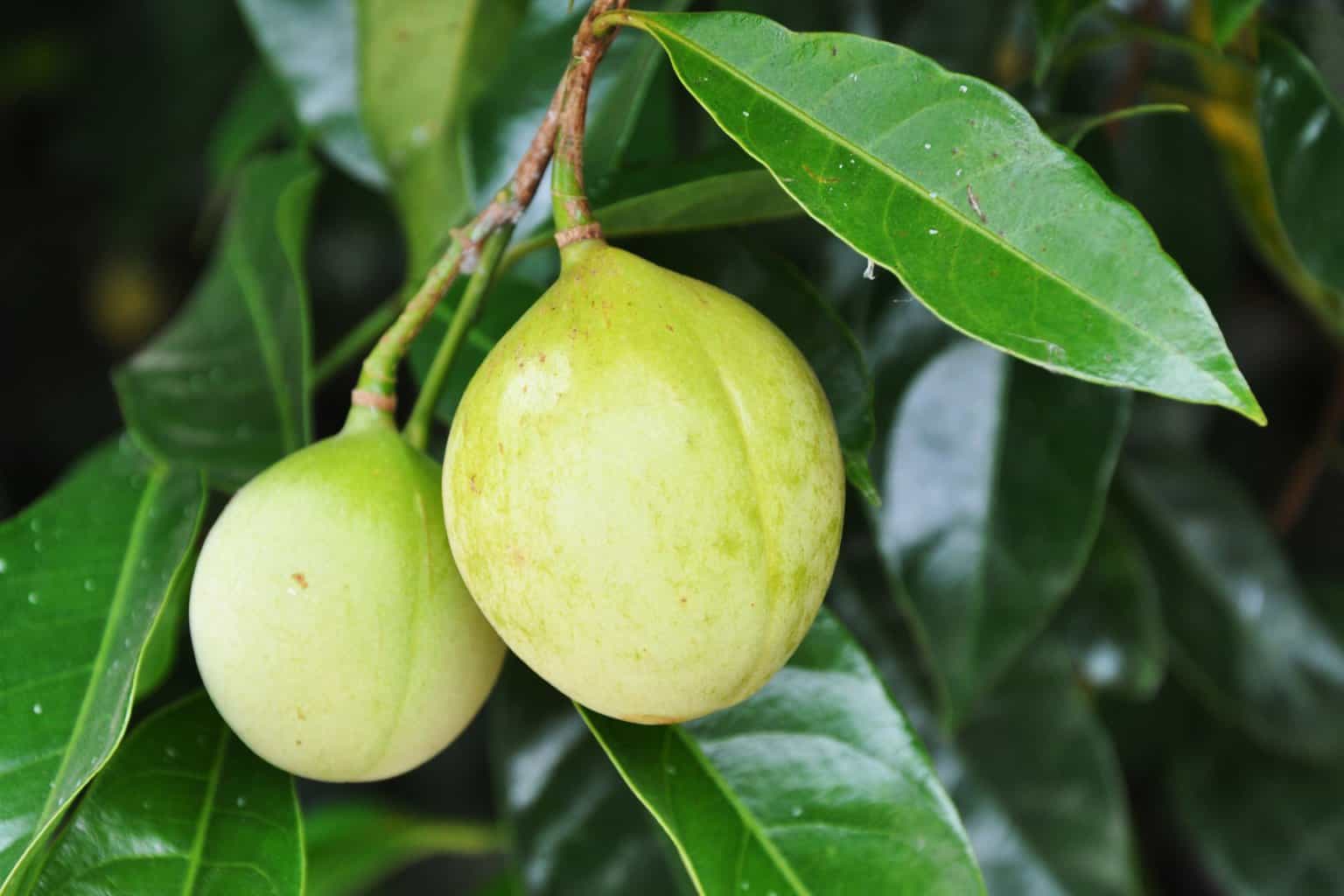 Who thought nutmeg could be a love potion for even the most stubborn libido? A fact is that scientific evidence shows that it does help with sexual arousal. Still, before you start leaping for joy, there is a catch when you read about what a versatile nutmeg spice is.

Yes, all the experiments were done on rats. The tests showed that the herb was a very successful viagra for rats. According to research, the male rats mounted up to five females in one night.

Yet, the male control rats responded well to one to two samples. So, replicating these results has not yet been done on humans. 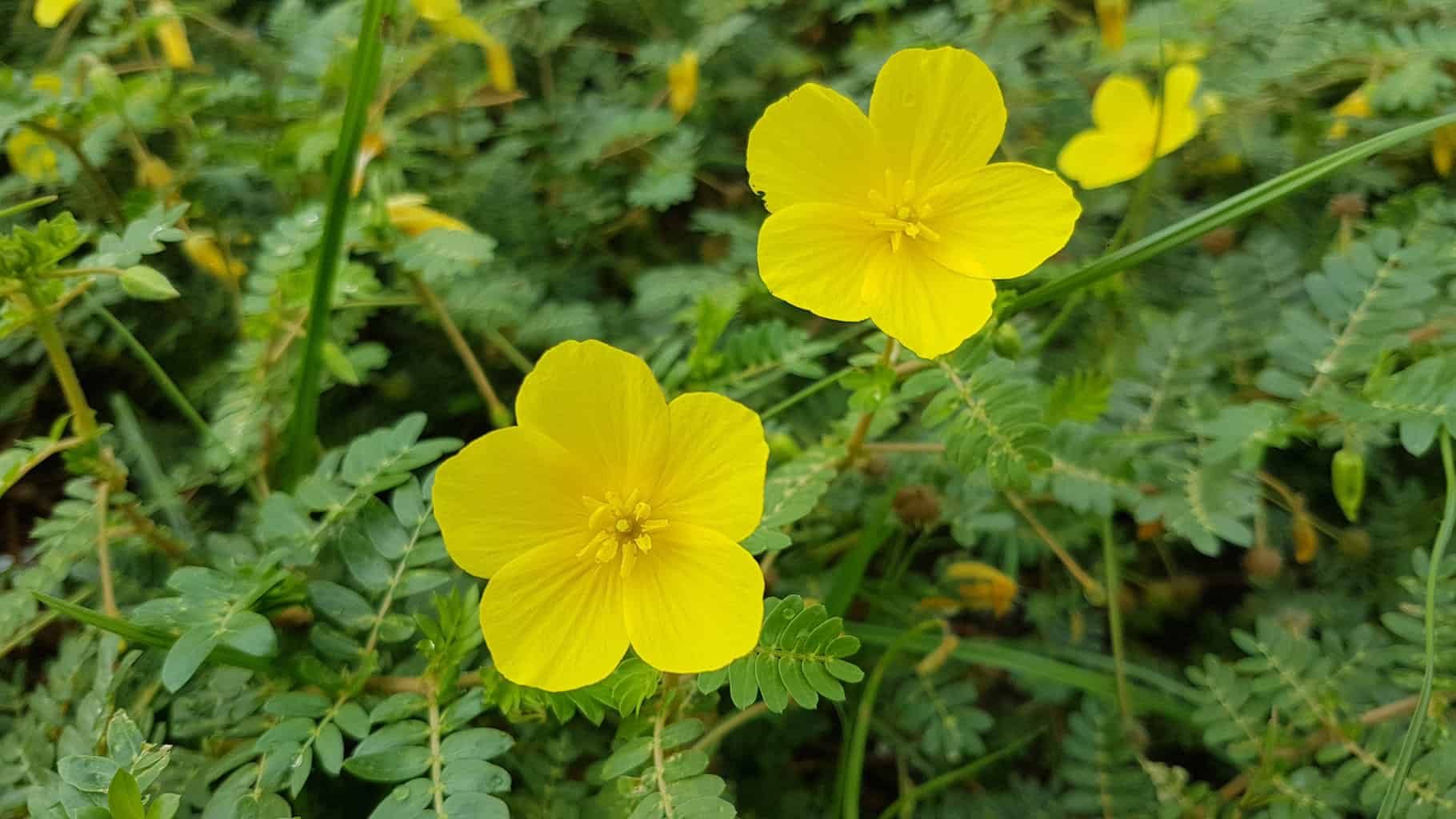 The fact is that when using Land caltrops or Tribulus terrestris, the evaluation of aphrodisiac properties in sluggish male rats measured a mount in frequency. With intromission frequency with the penile erections helped the testosterone to rise with no considerable effect on the sperm count.

Thus, it looks good for sexually inexperienced male rats but is not yet confirmed for humans. 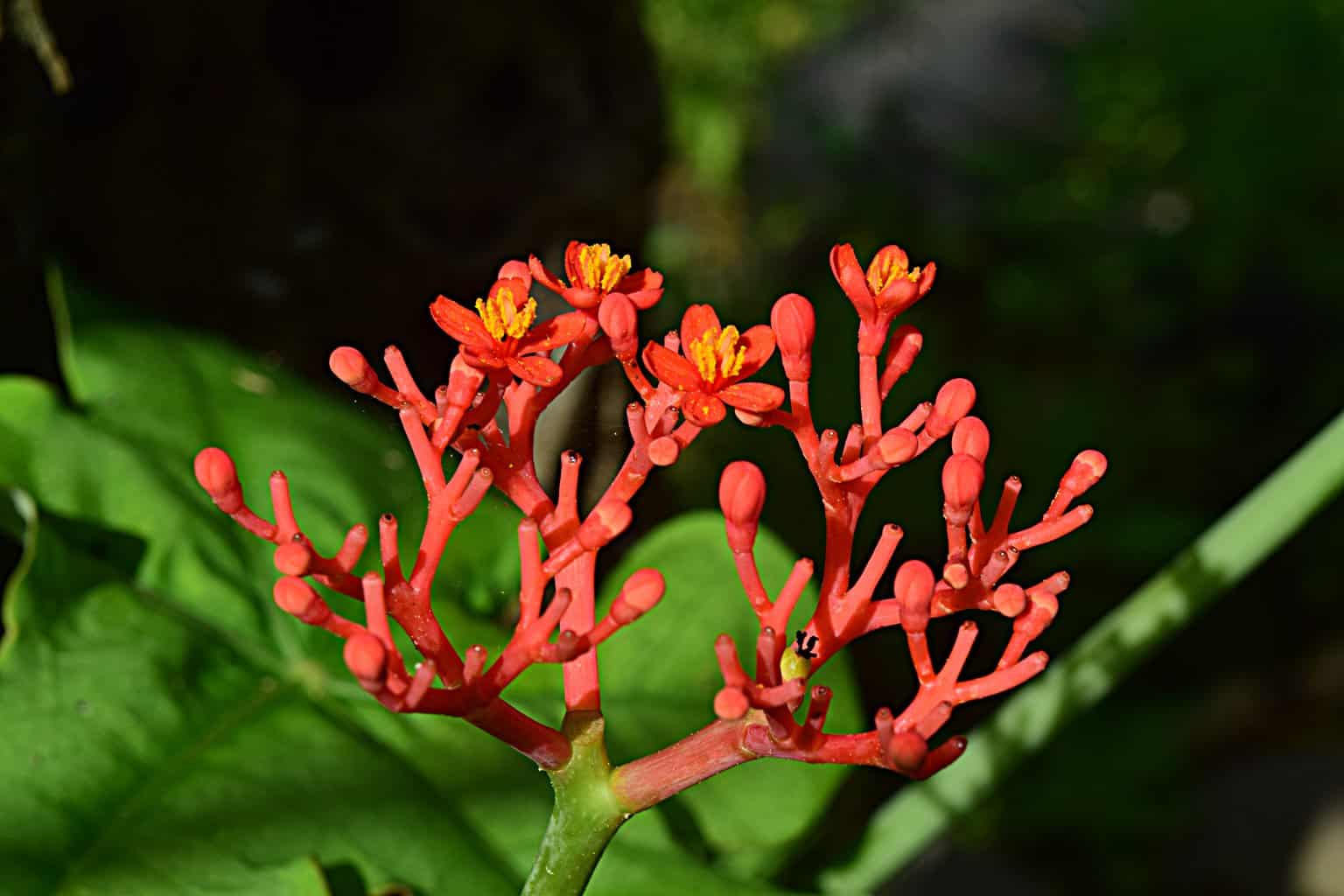 People have been using ginseng to help improve sexual function for centuries in China. Hence, the doctrine of history comes to the rescue as there might be scientific evidence that correlates with it. The ginseng power comes from Ginsenoside, which has been tested to affect the corpus cavernosum, sponge-like erectile tissue in men and women found in different forms.

Now, for a change, it is not linked to rats but experiments on rabbits. 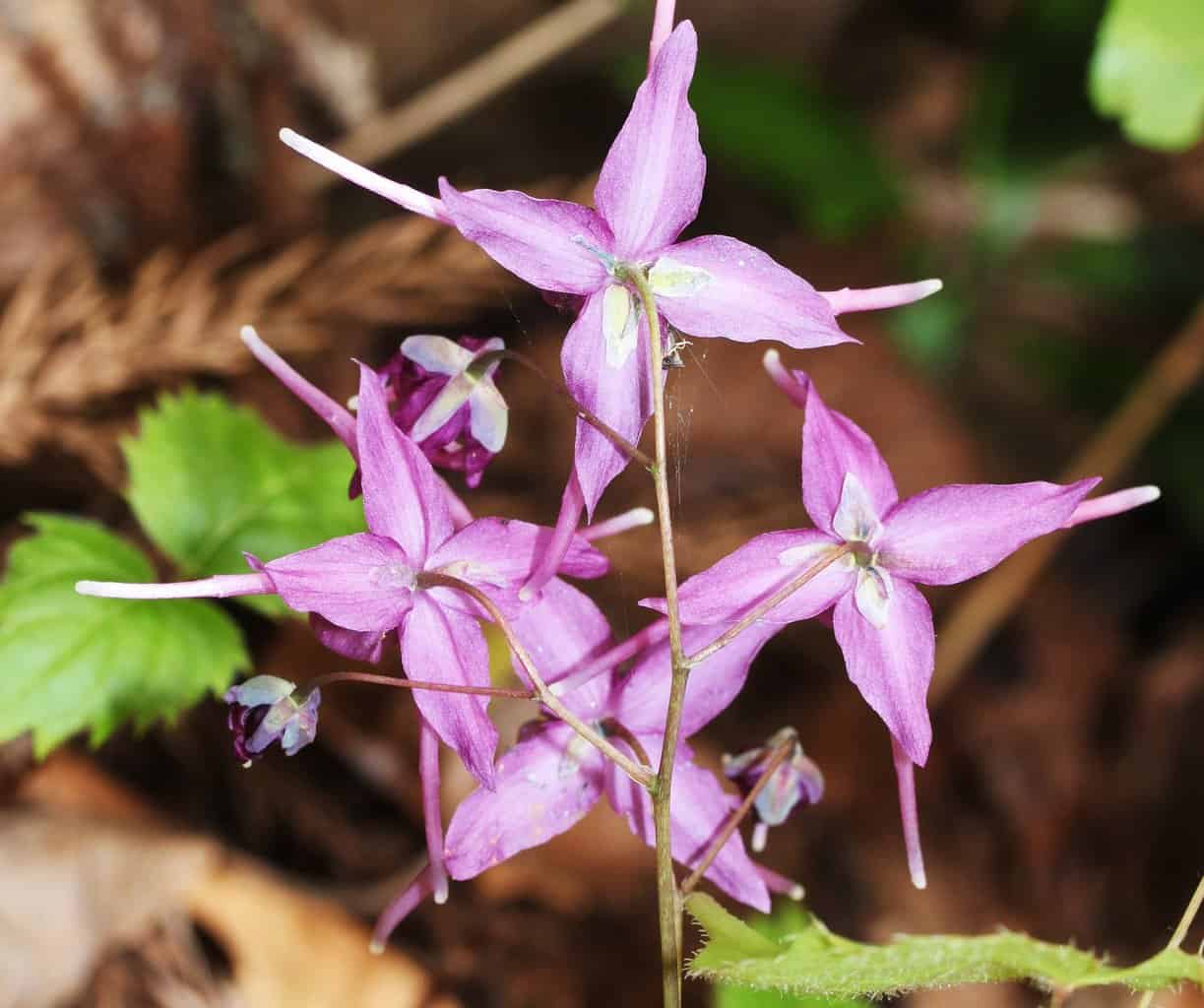 The name says it all when you look at the Epimedium grandiflorum var. thunbergianum. The plant was tested on a sexually naive male rat and is still part of traditional Chinese medicine. The plant outdoors was spotted by a Chinese goat herd while tending to his flock.

Research shows that it is effective when used in aged rats, and it is sold in the UK through Gillian McKeith. Yet, given her track record, hold off for a while using it until more studies are done. 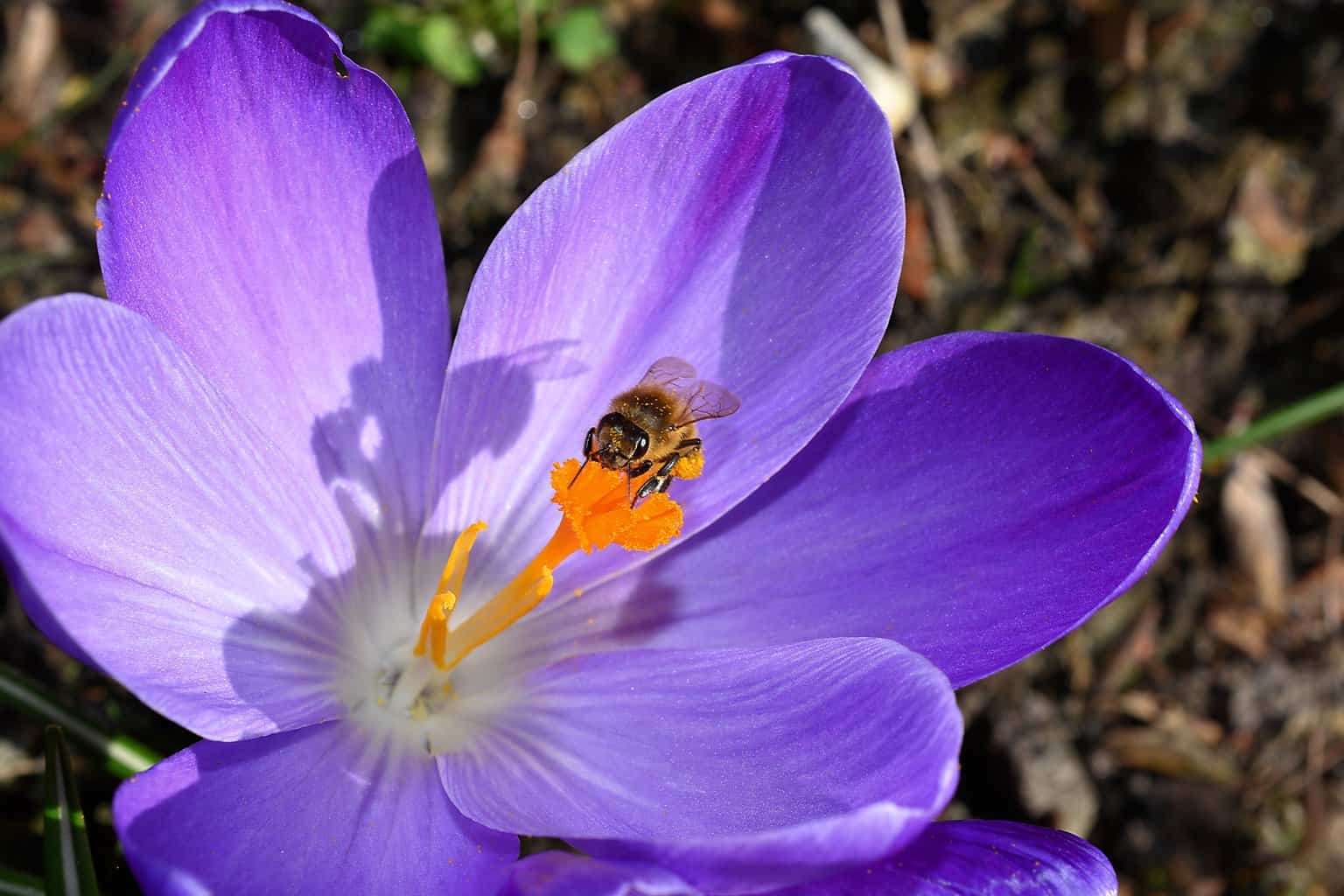 Saffron crocus is made from dried stigmas of the herb and tested for treating fluoxetine induces sexual dysfunction in men and women. Another popular name that you may know is Prozac. So, as you already know, saffron is a very expensive herb. This is a flowering spice that thrives in full to partial sun. 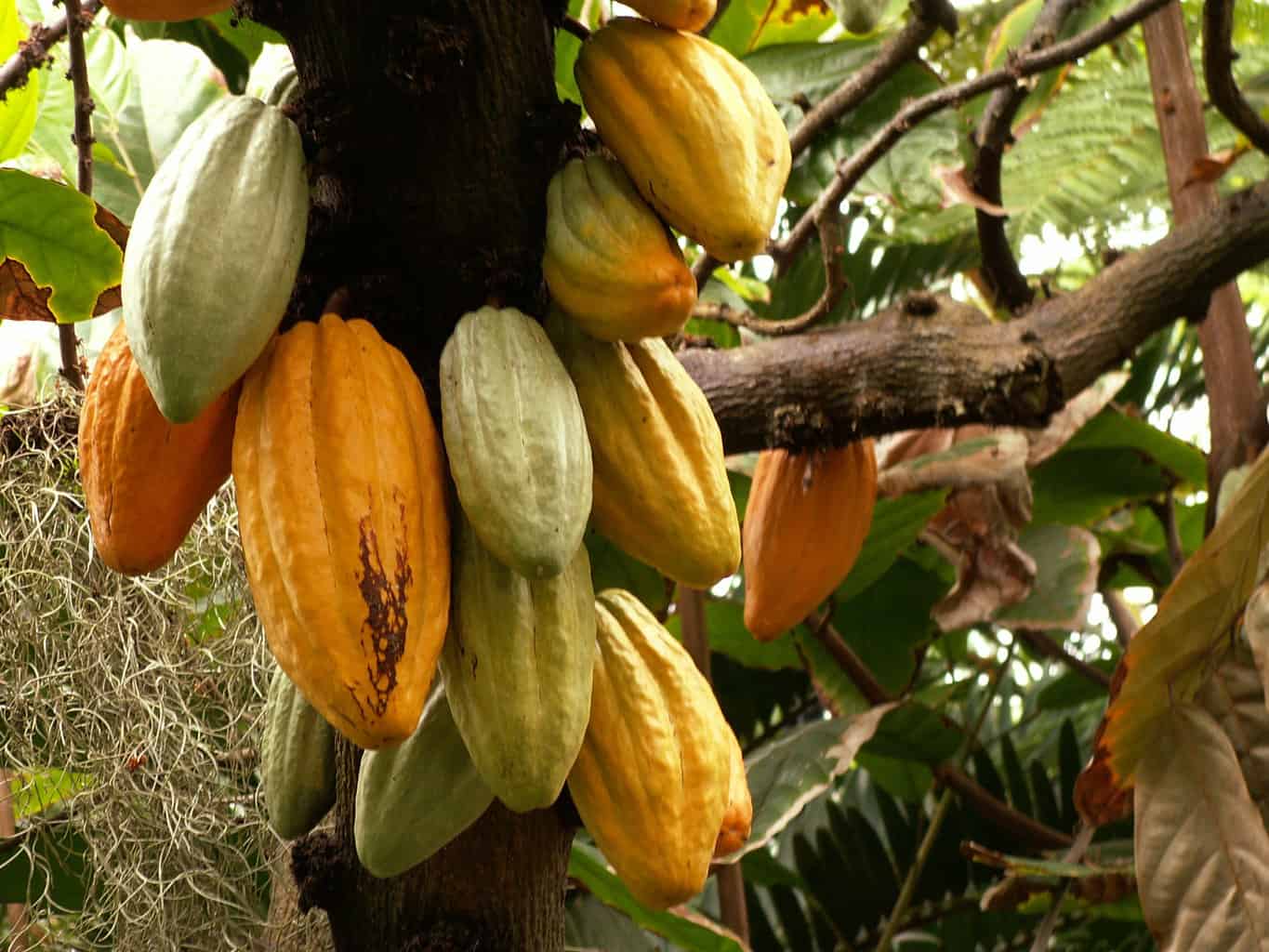 The cocoa bean from the Theobroma tree ends up in chocolate, making for a huge Valentine’s gift. Yet, you still find people arguing that the chemical cocktail found in the chocolate gives that sexual buzz. Still, a few tests have been done to prove this.

One test that North Italy did interview hundreds of women to see if there is a connection between sexual desire and chocolate. They did find some correlation, but it was according to age.

As younger women ate more chocolate and the team checked the effects, there was not much difference. Yet, no one has done a follow-up test. So, it might all come down to the effect of sexual functions: receiving a gift that tastes so nice. Who knows! 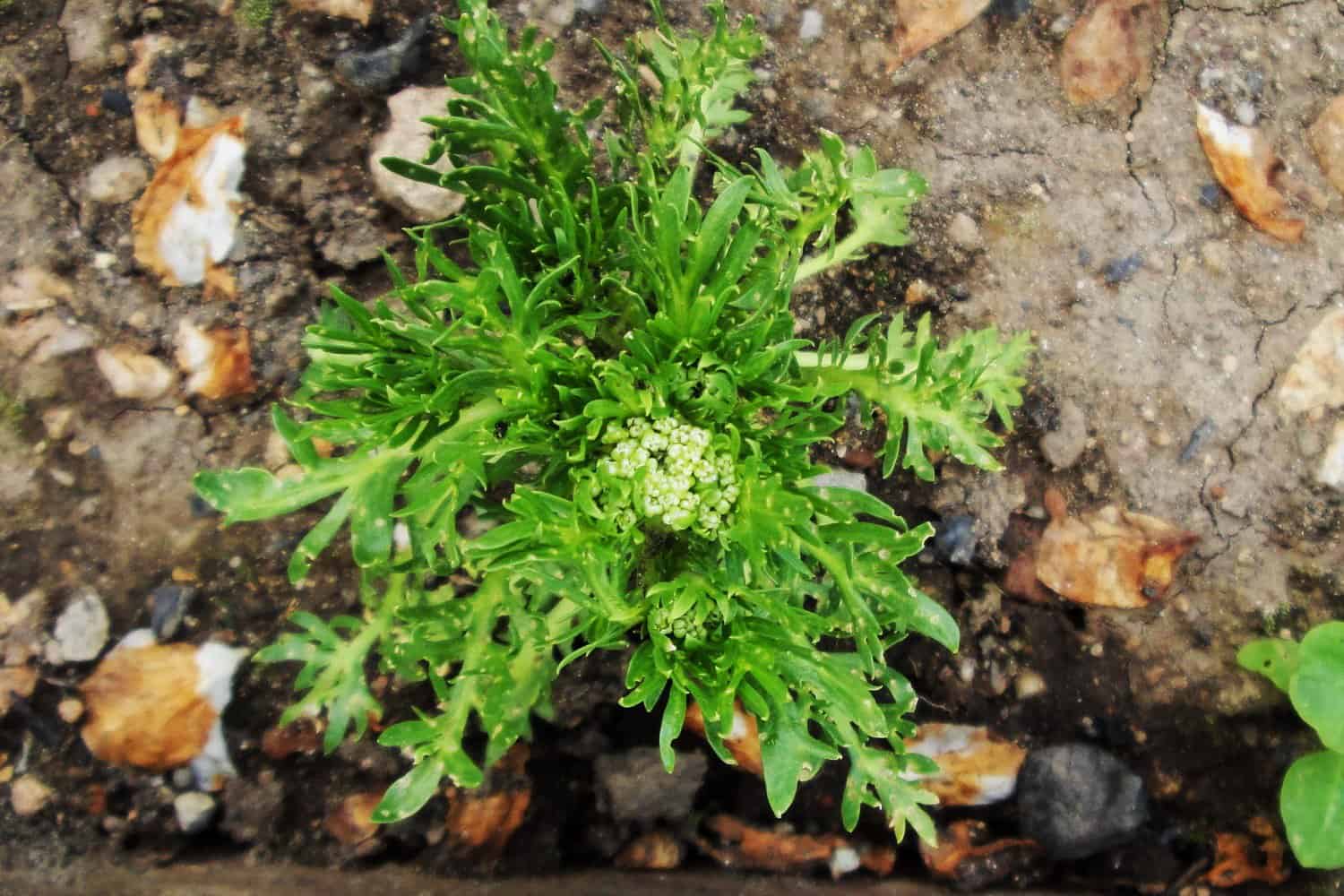 It is relative to mustard, and it does have an acquired taste. Hence, not everyone takes it as a popular aphrodisiac herb. But it seems it does affect male fertility. Research shows that 50 men were in a double-blind trial, which enhanced their sexual and erectile dysfunction. 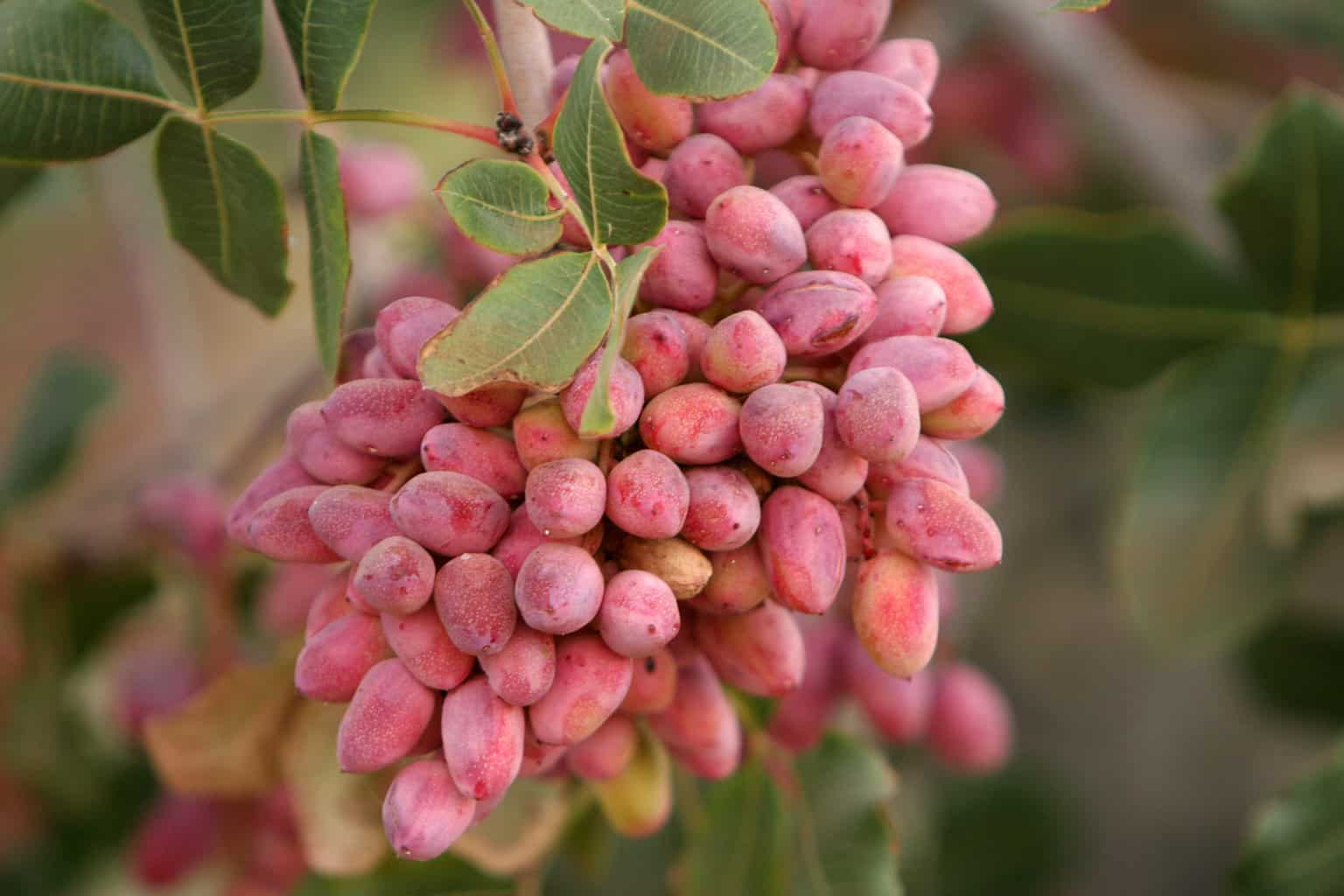 These nuts have come a long way for centuries as it has nutritional value that is rich in healthy fats, fiber, and protein.

It also has many health benefits, including lowering blood flow, reducing heart disease, and managing weight.

A study showed in males that when they consume 3.5 ounces of pistachio nuts a day for about three weeks, they experience an increased blood flow to their penis, giving a firmer erection.

According to experts, the effects can be that the nuts help improve blood cholesterol while stimulating the better flow of blood through the body.

Yet, no placebo group was used in these tests, and more studies are needed. 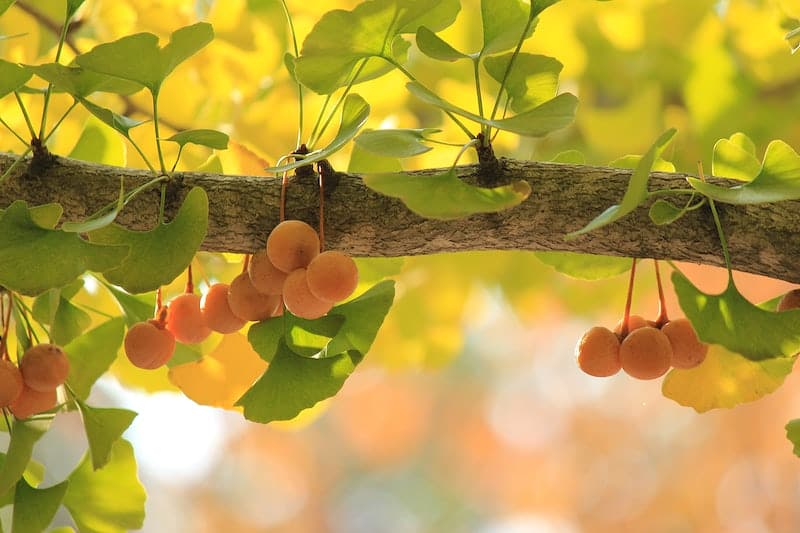 These medicinal plants are derived from one of the oldest trees used in traditional Chinese medicine. Two of the many treatments the herbal supplement uses are depression and physically induced sexual dysfunction.

The plant helps to relax blood vessels to help increase blood flow, and the androgens stimulate sexual arousal. Yet, research shows mixed results, as one study in 1998 reported the herb reduced the loss of libido in 84% of people.

The trial had both males and females taking part in the test. They did experience an increased desire with excitement with the ability to orgasm after consuming up to 240mg of it daily. Yet, sexual pleasure was higher in women.

A follow-up study in 2004 found no improvements in similar groups taking the herb. Still, it has side effects as it acts as a blood thinner. 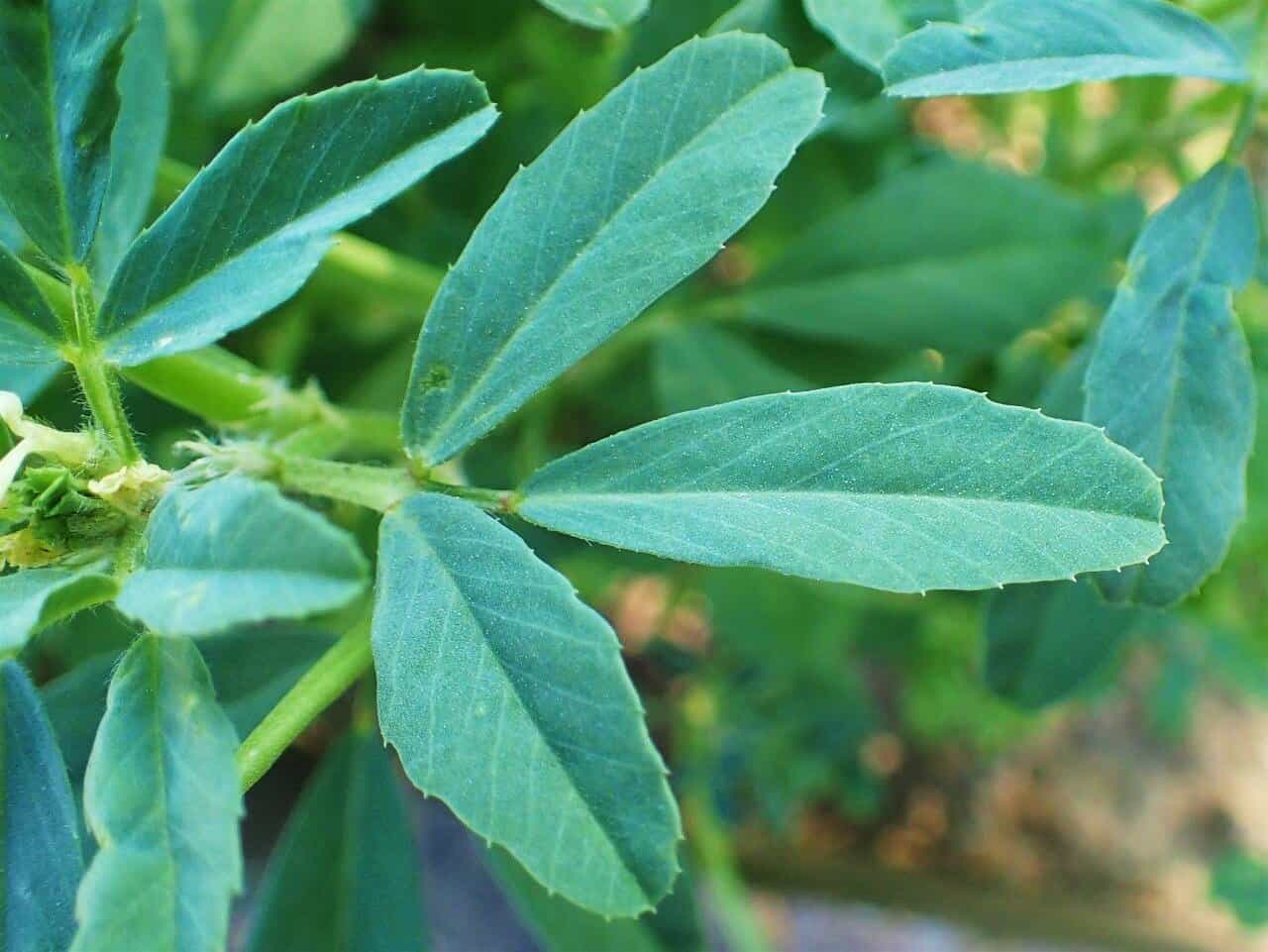 The annual plant you find worldwide and the seeds are used in South Asian cuisine. Yet, it is a popular medicinal plant with libido-boosting and anti-inflammatory treatment. In addition, the plant contains compounds that help the body create sex hormones like estrogen and testosterone.

A study showed that 600 mg of fenugreek used by men a day for six weeks reported an increase in sexual arousal. Still, the tested supplement also contained zinc, magnesium, and pyridoxine, contributing to the results.

Using the same amount in women also showed increased sexual pleasure to sexual arousal by the end of the eight weeks. Yet, the herb can interfere with hormone-sensitive cancers. 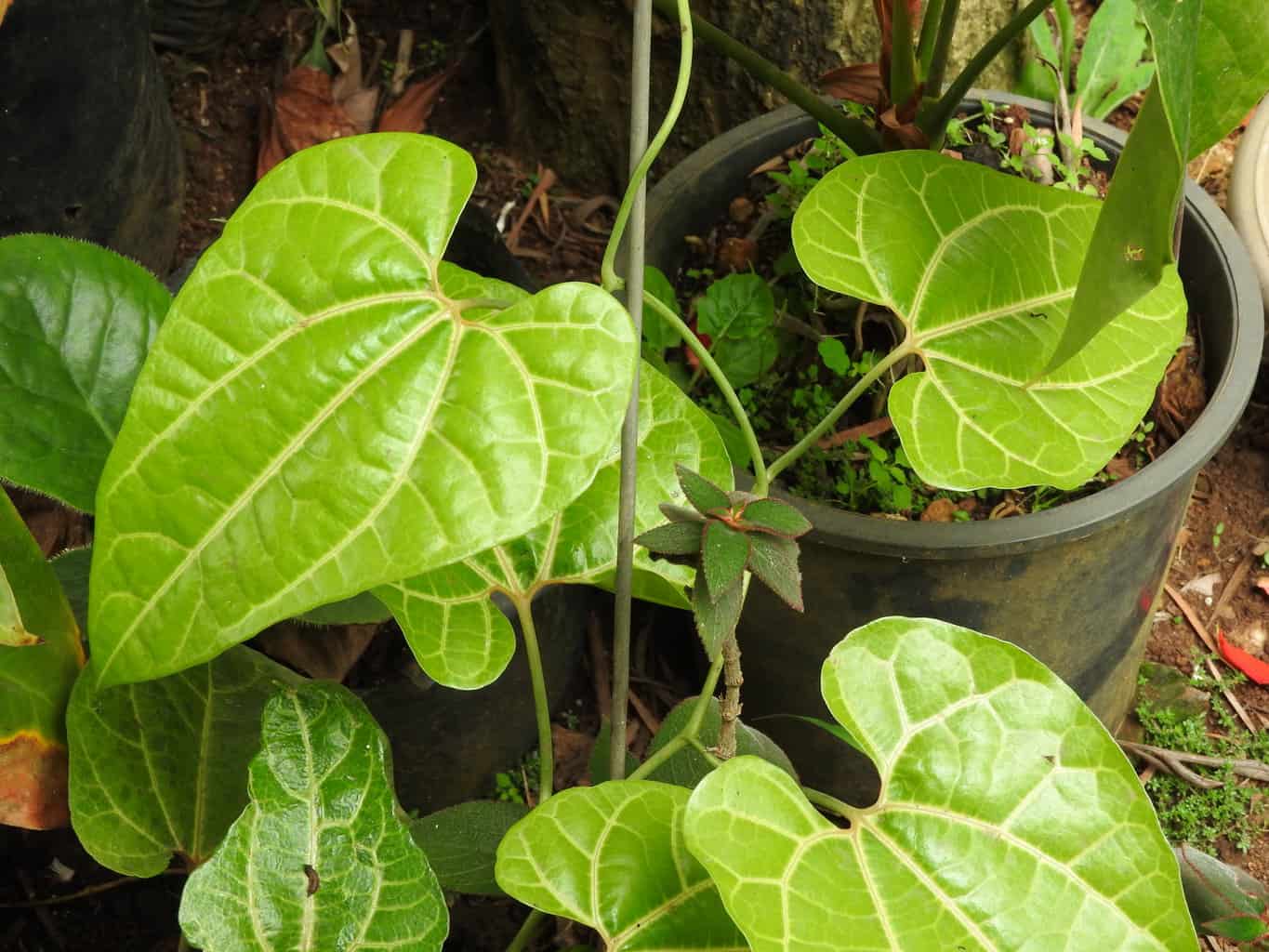 The medicinal plants have been used in women’s sexual health for centuries. It helps to balance female hormones and enhances the breast shape and texture. In addition, women use it to treat their PMS, a natural alternative to HRT.

Hence as an aphrodisiac, it stimulates the sex hormones to promote healthy sexual desire. Yet, you should not take it if you have hormone-dependent conditions like uterine fibroids, breast cancer, uterus, and ovaries.

Even men with prostate cancer should avoid it, and pregnant women as well.

This plant is the queen of Ayurvedic medicine used for centuries as it is a supreme tonic used by women. It helps with sexual health as a woman goes through all the changes in her life.

It stimulates fertility while alleviating the symptoms connected to menopause to regulate hormones. In addition, a study showed that Shatavari has outstanding aphrodisiac properties to promote sexual health and sexual performance.

It helps to treat erectile dysfunction. While in women, it gives them boundless reserves of energy. 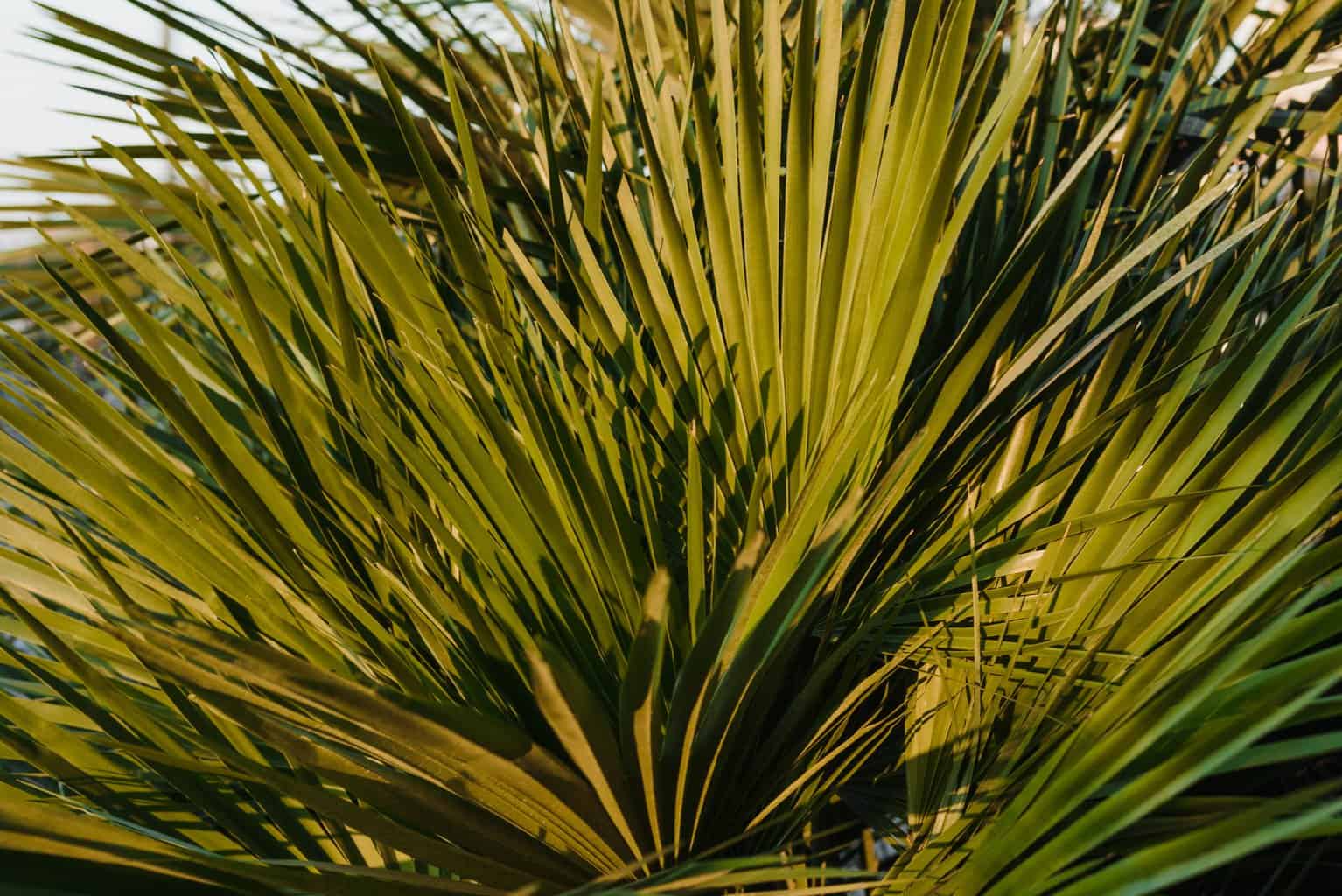 The old man’s best friend helps with sexual health in men. It supports male sex hormones to stabilize a natural process of decreasing testosterone after age 40.

Men take it as a tonic to help the reproductive system and prevent prostate enlargement. Yet, you must not combine it with anti-androgenic medicine.

In women, saw palmetto is a sexual stimulant and breast enhancer.

As with aphrodisiac plants, you can find food to help with sexual function. Yet, no scientific evidence proves it can help with sexual arousal. So, first, you have chocolate; cocoa compounds are said to bring on sexual desire.

Still, studies are not enough to support the belief. Another delicious treat is oysters, which one study shows might help with the boosting effect of the libido in treated male rats. But they have not done any studies on humans to prove it works.

The improvement of chaste berry fruits’ aqueous extract is said to help with hormone levels while reducing premenstrual syndrome in women. Still, evidence exists to say it helps with sexual performance.

Honey is so natural and sweet, and many believe it has been used for centuries to bring romance back into the marriage. There is one variety, the mad honey marked for sexual desire. As with all of the above foods, no evidence exists that this is true.

Okay, if someone tells you that hot chillies will still give you a sex drive with the boosting chemicals, no study can support it. You will only get a sting on your tongue with a burning mouth.

The list of foods and plants available to boost your sex drive that list is long. Yet, only a tiny portion is backed by science to be aphrodisiacs. So, if you need to get the sexual side of your life moving or have erectile dysfunction, we recommend talking to your GP first before trying just any supplement available on the market.

Savannah Botanical Gardens: Everything You Need To Know