How To Care Adromischus Herrei

It is also a great plant for beginners because it is easy to care for and is tolerant of neglect.

The adromischus marianae herrei is a succulent plant that’s native to Southern Africa. It’s a popular plant because it’s easy to care for and can tolerate being potbound. It prefers warm temperatures and low humidity levels.

It can tolerate some cold weather but will go dormant in winter. If you live in a cold climate, it’s best to grow them as an indoor plant where it will be protected from frost-free conditions.

To encourage bushier growth, you can pinch back the adromischus herrei. Pinching the back also promotes more flowers. It blooms in small, white flowers in summer. 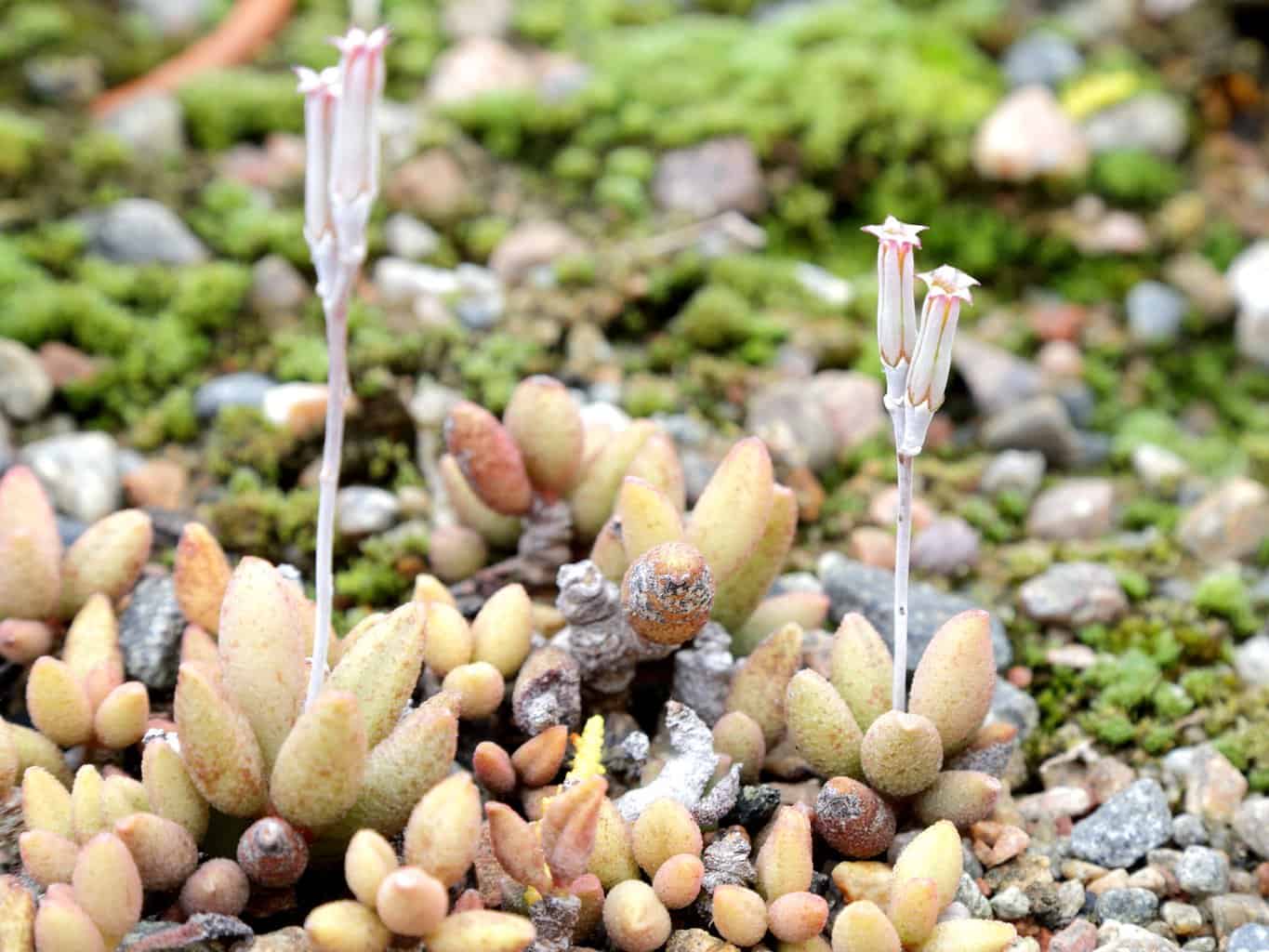 This outdoor plant is easy to care for and is tolerant of neglect. It does best in bright, indirect light but can also tolerate some direct sun. It prefers well-draining soil and should be allowed to dry out completely between waterings.

The adromischus herrei is a slow grower and doesn’t need much fertilizer. If you do fertilize, use a succulent-specific fertilizer and apply it sparingly.

The Type of Soil That Adromischus Herrei Needs

The adromischus herrei grows best in shallow, sandy, well-drained potting soil. If your soil is heavy or clay-like, you can mix in some perlite or sand to help with drainage. It does not like to sit in wet soil and will rot if the roots are constantly wet.

When and How Often to Water Adromischus Herrei

This plant stores water in its leaves. This means that it doesn’t need to be watered as often as other plants. In general, you should water the adromischus herrei once every week to 10 days.

However, how often you water will depend on the potting mix, the size of the pot, the temperature, and the humidity levels.

To water the adromischus herrei, soak the soil until it’s saturated and then allow the excess water to drain away. Don’t let the plant sit in water because this can cause the rotting of roots. If you’re not sure if the plant needs water, stick your finger into the soil.

If it’s dry several inches below the surface, it’s time to water. 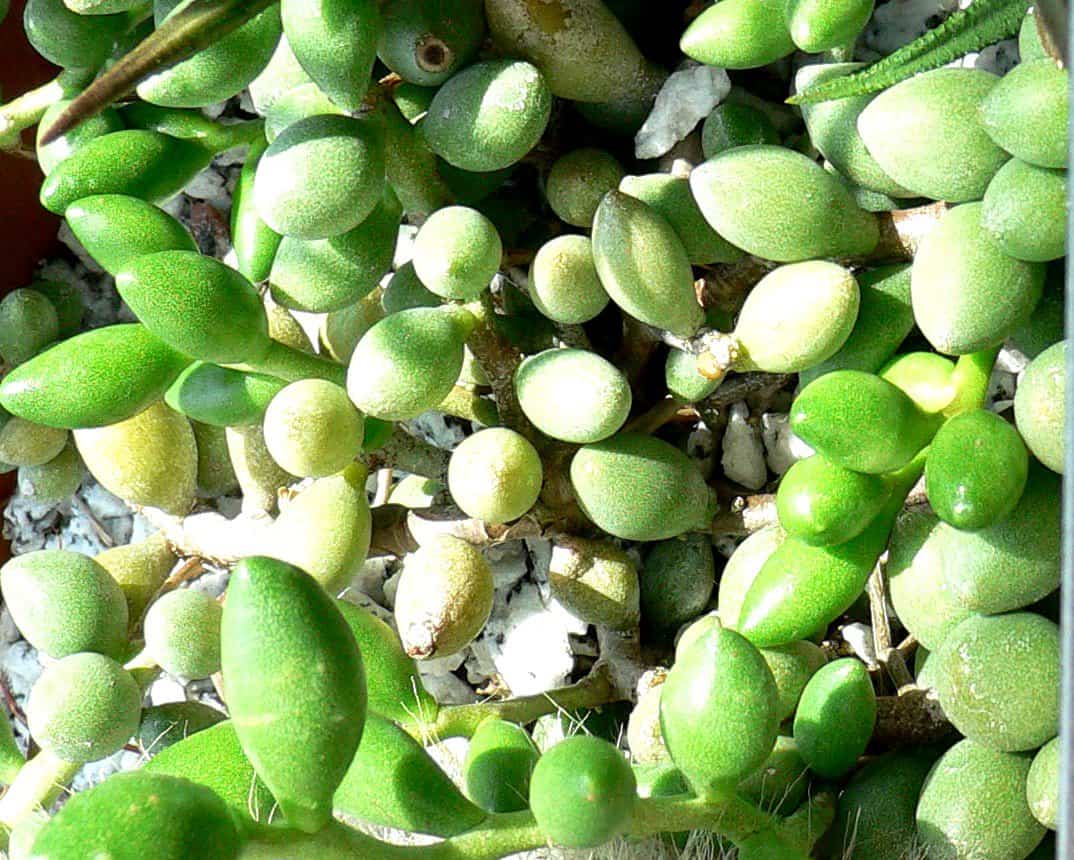 In their natural habitat, you can find this succulent under a shrub or among rocks. This plant does best in bright, indirect light but can also tolerate some full sun. If you live in a hot climate, it’s best to give the adromischus herrei some afternoon shade to prevent the leaves from getting sunburned.

It is a slow grower and doesn’t need much fertilizer. If you do fertilize, use a succulent-specific fertilizer and apply it sparingly. Fertilize the adromischus herrei in spring and summer when it’s actively growing.

The adromischus herrei prefers warm temperatures and low humidity. It can tolerate some cold weather, but it will go dormant in winter. If you live in a cold climate, it’s best to grow the adromischus herrei indoors where it will be protected from a little frost hardy up to 32 F (0°C). 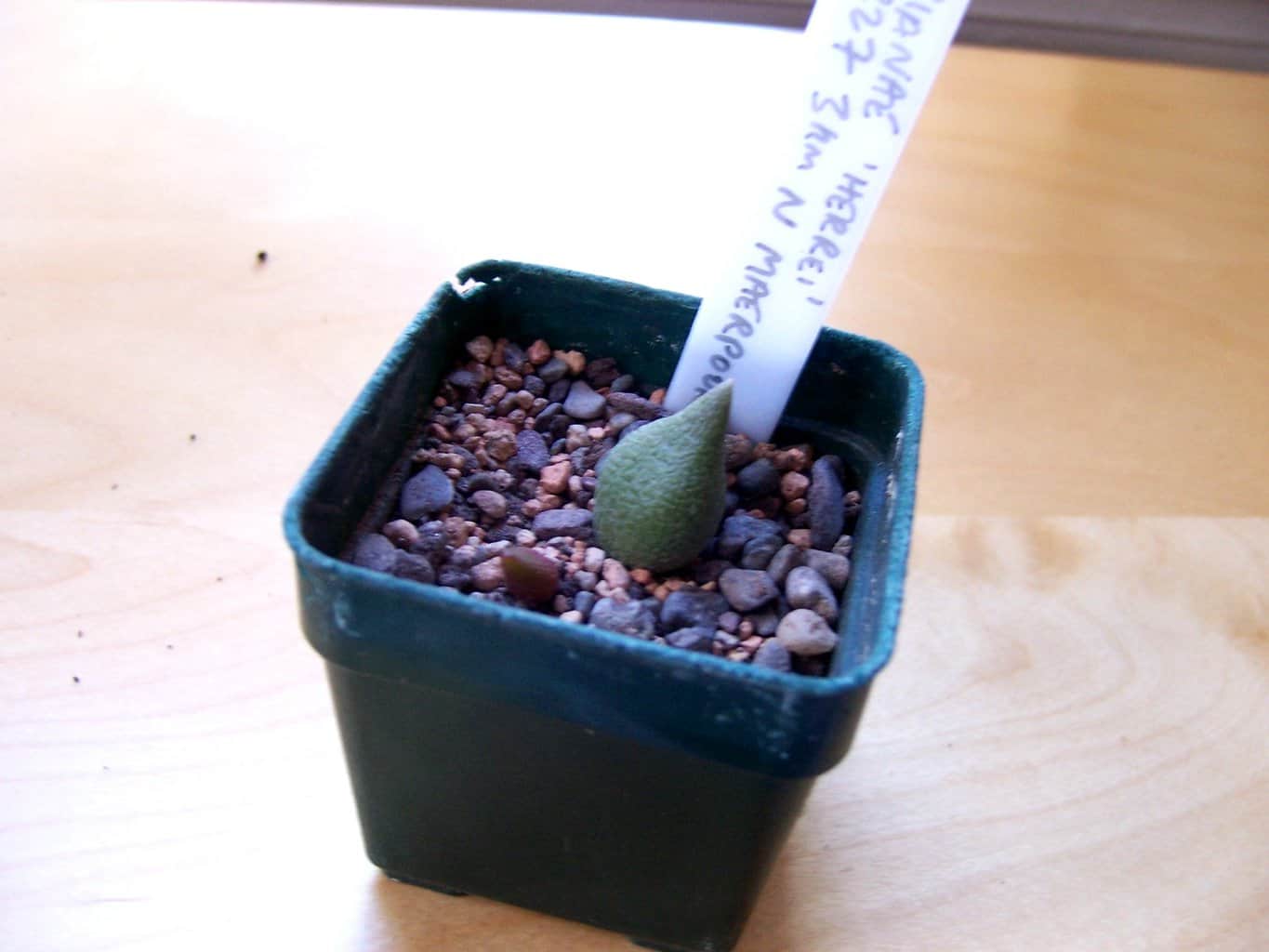 This plant doesn’t need to be repotted often and can even tolerate being potbound. Repot the adromischus herrei every 2 to 3 years in spring.

If you want to propagate, it’s easy to do so from leaf cuttings. Just allow the cuttings to callous over for a few days and then plant them in well-drained soil.

There are two popular varieties of adromischus herrei:

1. Adromischus herrei ‘Variegatus’ has striking leaves that are grey-green with white spots.

Which adromischus herrei plant you choose will depend on your personal preference. Both varieties are easy to care for and make great plants for beginners.

The adromischus marianae herrei is relatively resistant to pests and diseases but can be susceptible to mealybugs and aphids. If you notice any pests on your plant, you can remove them by hand or treat the plant with insecticidal soap.

The adromischus herrei is also susceptible to root rot if it’s overwatered. To prevent root rot, make sure to only water when the soil is completely dry. If you notice any signs of root rot, such as yellowing leaves or mushy stems, you can try to save the plant by removing it from the pot and allowing the roots to dry out.

Once the roots are dry, you can replant them in well-drained soil.

Where to Buy Adromischus Herrei Plant?

If you’re looking for adromischus herrei succulent plants, you can find them at your local nursery or online. Some popular places to buy these plants include:

When buying these plants, make sure to choose a reputable seller. This will ensure that you get a healthy plant that’s easy to care for.

I'm an SEO expert and a Content Manager prodigy. I've been around the block writing blogs for Men's Magazine, Real Estate, Architectural and other major uprising niches. Becoming a plant enthusiast and an environmentalist myself gives me the edge of writing about them.