Oldest Bonsai Tree In The World

There is nothing more relaxing than sitting with your bonsai tree to trim it into shape and caring for it. But the art form has come a long way and dates back centuries.

During this time, only Buddhist students and Imperial Embassy personnel practiced the Japanese art of growing a small tree in a pot.

At the time, the plantings were known as penjing. Still, did you know that with the art form, bonsai trees can survive for years when passed down in families?

Today, Plantly will cover some of the oldest bonsai trees in the world, as each has a story to tell. So, let’s travel back in time to see where everything started.

The Juniper Bonsai Tree That is a Wild Specimen

The Juniper bonsai tree in the Mansei-en bonsai nursery in Japan is over a thousand years old. The greenhouse belongs to the Kato family and is part of The Sacred Land of Bonsai. The tree was collected in the wild and tested, stating it is one of the oldest bonsai trees.

The tree stands in the nursery, and it is believed that the Mansei-en is one of six renowned bonsai gardens making up the whole Omiya bonsai village. It is also the oldest garden in the town, belonging to the Kato family since the 19th century.

The doors officially opened in 1925 to the public, and the home to other old bonsai juniper trees, including the Shimpaku, is 700 years old. Now sit back, look at the tree, and imagine it all started from a seed years ago.

Believe it or not, this ficus bonsai tree is more than a thousand years old, standing in the Crespi museum of bonsai, founded by Luigi Crespi. He spent ten years trying to gain ownership of the tree and only succeeded in 1986.

The bonsai tree was previously cared for and shaped by a Chinese master when it came to Italy at first. Then another Japanese master known as Shotaro Kawahara took over. Since then, the tree has been taken care of by Crespi and Alberto Lavaza.

Since the founding of the Crespi Bonsai Museum in 1991, the tree is now standing inside a glass pagoda and is the museum’s centerpiece. 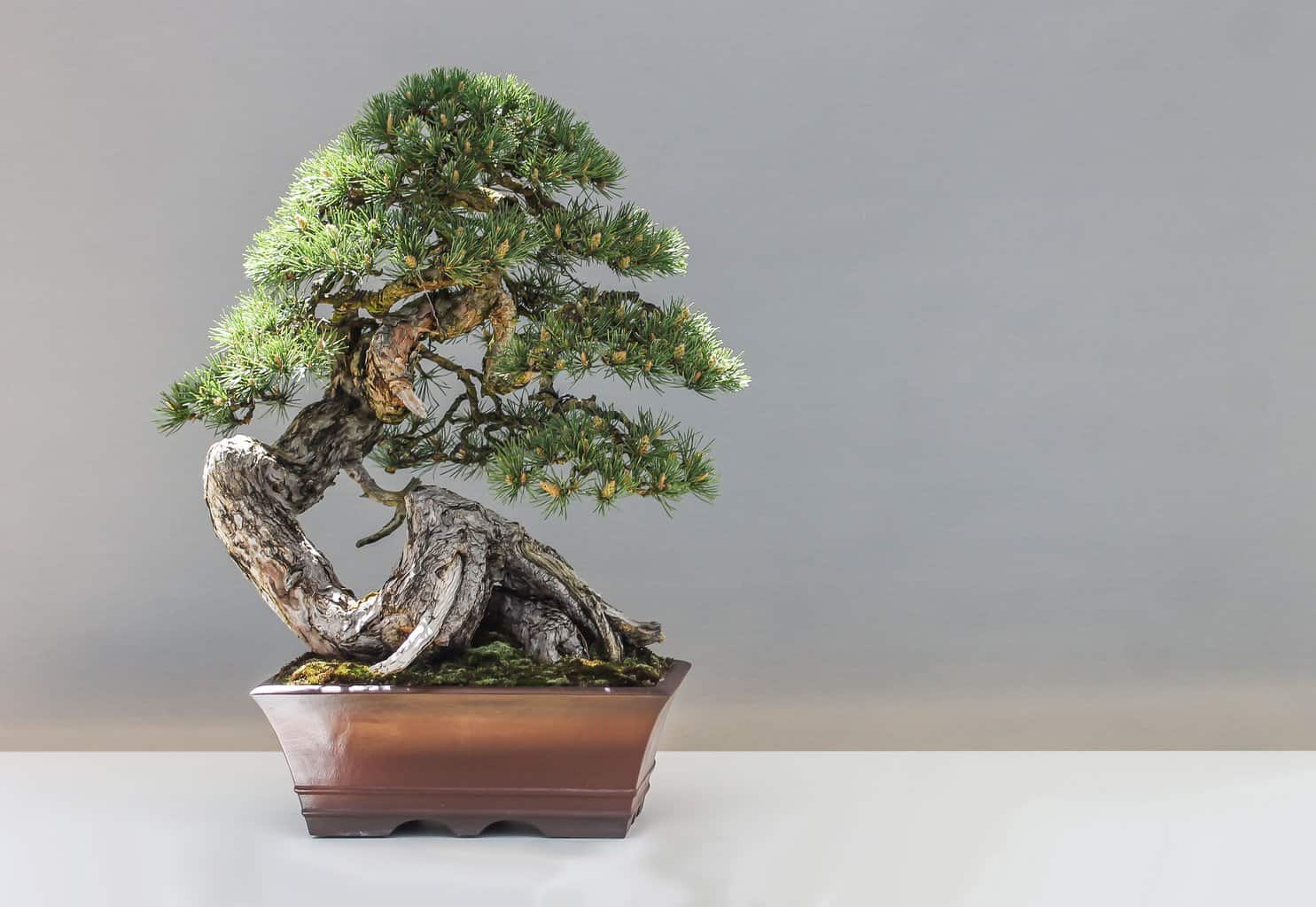 The red pine bonsai is the largest of the oldest trees in the world. The tree stands 16 feet tall and is classified as an imperial bonsai as most bonsai trees are smaller.

The giant bonsai, if not dwarfed, would grow hundreds of feet. The red pine bonsai age is 600 years old and found in Atami in the Akao Herb Rose Garden. Furthermore, the red pine stands 30 feet wide.

It stands in what is technically a pot, as seen on the image, and has a massive support system added to hold up the main branch. 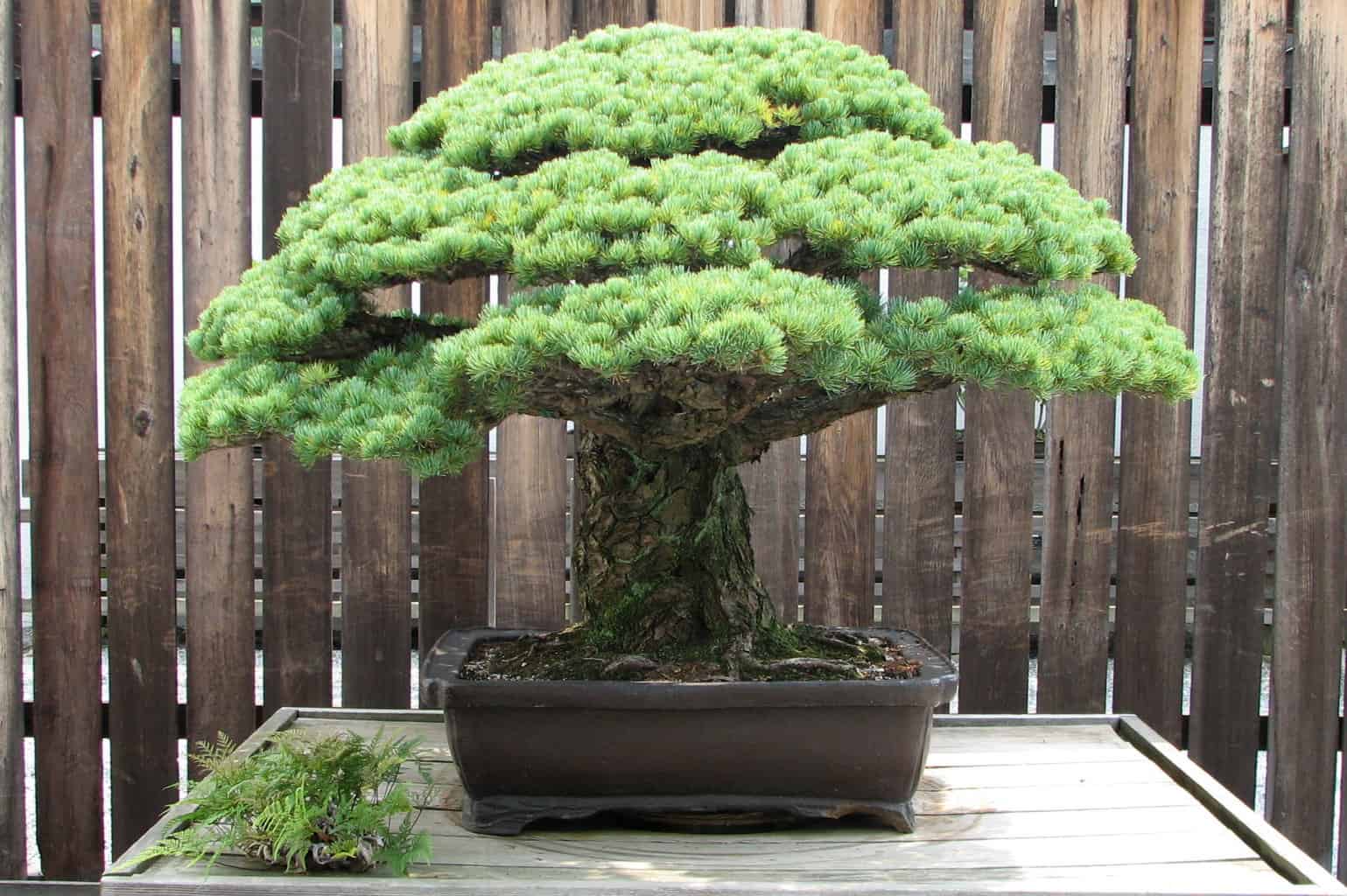 Another one of the oldest living bonsai trees is the Yamaki pine found in Washington D.C. In recent years the pine bonsai became famous when the tree’s history was discovered in 2001.

The Yamaki pine age is 400 years and stands at the U.S. National Arboretum donated by the Yamaki family in 1976 as a 53-specimen gift for the USA’s bicentennial. The tree survived the atomic bomb that was dropped during World War II on Hiroshima in Japan.

At the time history of the tree was unknown until Yamaki’s grandchildren visited the National Arboretum in 2001. The family provided the museum with the bonsai trees’ history and that they had footage taken showing that the tree was unharmed after the blast.

The museum honored the history of the tree in 2015 as it was the 70th anniversary since the bombing took place in Hiroshima. Now the tree is a symbol of friendship and peace.

The Shunkaen Bonsai Museum has two old bonsai trees estimated to be 810 years old. The museum belongs to Kunio Kobayashi in Tokyo, Japan, and the bonsai master in art for over 30 years. The museum’s doors opened in 2002 to help extend the skill of bonsai and Japanese culture.

While these are not the oldest existing bonsai tree, it is between 150 and 275 years old, standing in Cambridge in Massachusetts. The tree is part of the Japanese Dwarfed Larz Anderson Collection at Harvard University.

Anderson served as an ambassador in Japan and brought the collection to the U.S. in 1913. After Anderson’s death, his wife Isabel donated up to thirty plants to the Arnold Arboretum. The rest of the bonsai trees were added to the collection in 1949 when Isabel died.

Six hinoki cypress trees are making up the collection of different ages and might not be as old as the Japanese white pine in Washington D.C., but they are still old enough. 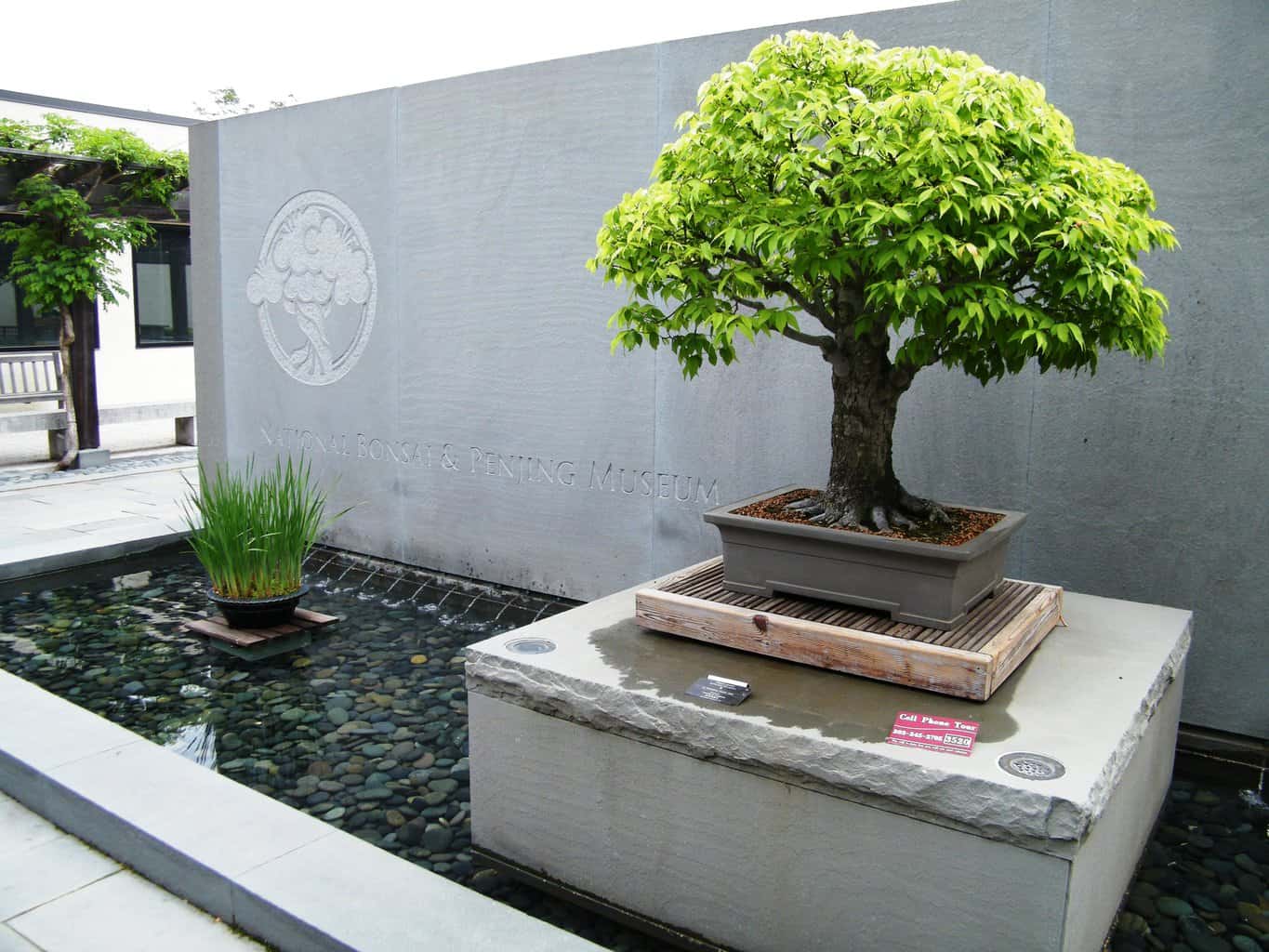 Here we have an ancient tree that is a National Bonsai of Japan in Tokyo that is 510 years old. The tree is documented after Shogun Tokugawa Iemitsu, which had the tree when it turned 200 years old. Since then, the tree has been passed down in generations from one emperor to another.

The tree is displayed in the Tokyo Imperial Palace exhibition.